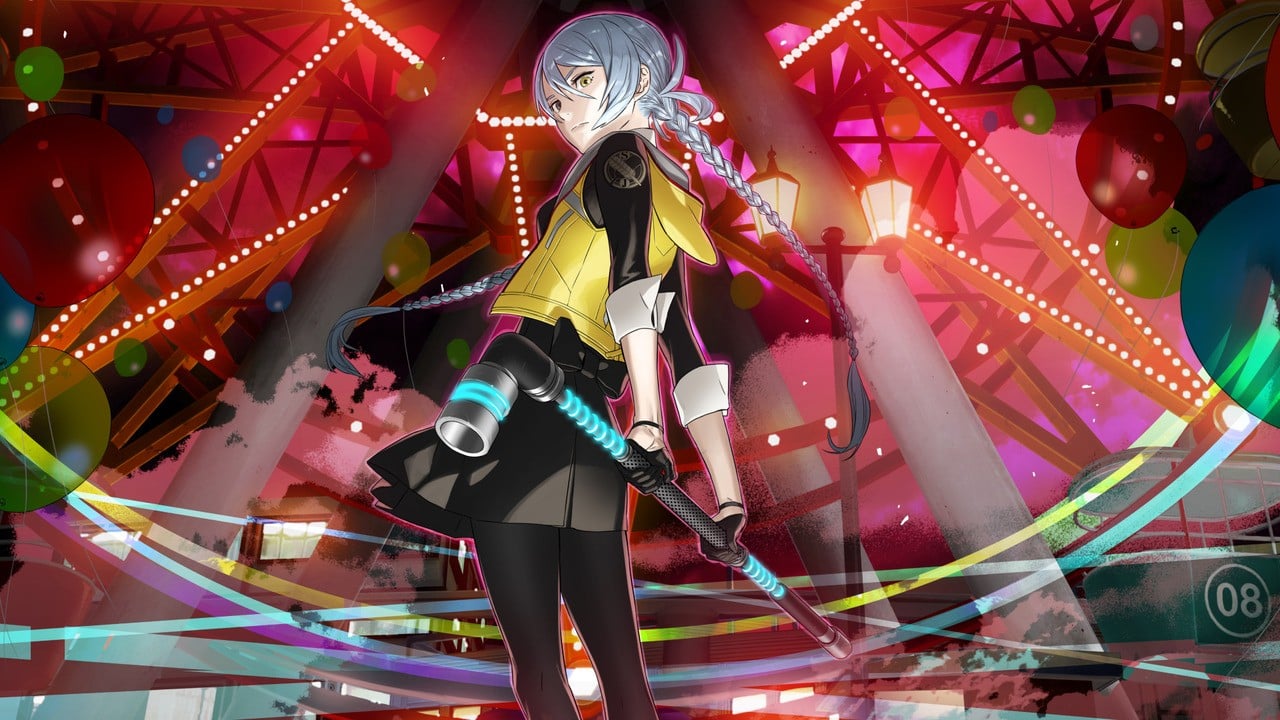 Detective adventure AI: The Somnium Files was released on Switch in September 2019, one of a wave of excellent adventure games and visual novels to come to the system over the past few years. Written and directed by Kotaro Uchikoshi, creator of the excellent Zero Escape series, the game puts you to work in near-future Tokyo as Detective Kaname Date pursuing a serial killer using exploration technology of the mind that allows him to explore the psyche of potential suspects, unlock memories, and solve puzzles – and ultimately crime.

The upcoming sequel, AI: The Somnium Files – nirvanA Initiative, sees screenwriter Kotaro Uchikoshi once again team up with character artist Yusuke Kozaki for an adventure that continues in the same mysterious vein, this time with the new Special Agent. Mizuki and the return of the AI. Aiba partner doing the detective-ing.

From what we saw in last year’s trailer, this is shaping up to be another beautiful (and macabre) mystery. We spoke to Kotaro Uchikoshi to find out more about the upcoming game, its genesis, and its writing process…

Nintendo Life: How long has this sequel been in development? Were there any sequel ideas/plans before the launch of the original AI: The Somnium Files?

Kotaro Uchikoshi: In December 2019, I was invited to an indie game event (Weplay) in Shanghai, which Spike Chunsoft also attended. During the event they demanded, “We already want the connector line on our AI2 planning document! If you don’t hurry to submit it, we’ll rip your eyes out and screw them into the 18th hole at Augusta National Golf Club!” by devouring the Shanghai crab. I feel like we started the planning meeting just before it happened, in the fall. It was around the release of AI1.

I had a vague idea for the sequel, but no details have been decided yet. It was only around spring 2020 that I had a firm vision of it.

Were there specific aspects or systems in the original game that you wanted to revise or refine in the sequel?

I feel like I added depth to the story. Especially the interaction between Mizuki and Aiba, and how different it is from the relationship between Date and Aiba

Of course we wanted to revamp the game systems, and I feel like most of them have been improved in AI2. We’ve taken a lot of player feedback into account. Thank you!

You will have to wait for more information about the game’s features in the future, but in terms of storyline, I can say that this title has two protagonists. I feel like I added depth to the story. Especially the interaction between Mizuki and Aiba, and how different it is from the relationship between Date and Aiba, so expect to experience that.

What can you tell us about protagonist Agent Mizuki and how her character has changed since the first game?

In the previous title, Mizuki was 12 years old. Six years have passed, so 18-year-old Mizuki is the protagonist. So, uh, yeah… first of all, his size changed. Also, her hairstyle makes her look a bit more mature, and her left eye is now Aiba…

Frankly, there’s been virtually no difference since she was 12. It’s the Mizuki you all know. She had a mature personality to begin with anyway. She had gone through many difficult and sad experiences at the age of 12…

That being said, it is certainly not true that nothing has happened in six years. A huge incident changed his life… You can learn what it’s like by playing the sequel, so do it.

Can you tell us a bit about your writing process? How do you approach a project like this and what tools do you use to write the story in the early stages?

At first, I only use three tools to write a story: paper, a pen and three liters of tequila. That’s all I need.

First, I think about the main theme that will be at the heart of the story. Then I think of big, juicy melons, get rid of that distraction, and get to conceptualizing the script and the main gimmick or plot twist. My heart then races to thoughts of beautiful round coconuts, then I blow out those impure thoughts and begin to set up the character backgrounds and central drama. Finally, I clear my ears with the hoot of an owl, wash away the auditory hallucination with the tequila I have left, and weave the human drama and mystery of the characters into the plot.

At first, I only use three tools to write a story: paper, a pen and three liters of tequila. That’s all I need.

Yusuke Kozaki has once again worked on the character designs for this game. Do you give strict guidelines on what a character should look like? Do the designs go through a lot of discussion and/or iteration?

All meetings with Kozaki were done remotely. Kozaki would draw the rough sketch in his studio, then share the art via screen sharing, and the staff would exchange “like this or like that” opinions.

I shared my character descriptions with him, and it was basically up to Kozaki and his artistry to draw the characters however he saw fit. However, if we left it entirely to Kozaki, its “meaning” would explode and become unmanageable, so director Okada and I decided if it fit the story, Horio the head of graphics would determine if it was possible, and producer Iizuka would decide to suggest the character’s charm points and interesting traits. That’s how we did it.

Can new players who haven’t played the first game start with nirvanA Initiative?

No problem at all. The main plot of this game has no relation to the first game. The characters involved in the inciting incident are mostly new characters. Being a “new case that needs to be solved”, the new characters are on equal footing with the characters from the previous title.

This game doesn’t spoil anything from the previous title either. It is entirely possible to play AI2 and then play AI1. There’s even a special setting to “show previous game information for returning players” that you can use to enjoy the story in more depth.

There’s even a special setting to “show previous game information for returning players” that you can use to enjoy the story in more depth. Isn’t that nice of us?

Obviously, you have a lot of experience designing weird and disturbing scenarios and murder mystery for your games. Where do you get the inspiration for these bizarre (and often macabre) stories?

I got the idea for this game from a dream, the kind of dream you have when you sleep at night (well, in my case, I sleep at noon…). When I was walking around town, the pedestrians around me suddenly split in two and started to crumble. It was a strange dream.

At the time, I was being harassed by Spike Chunsoft’s Mr. Isobe, driven by an obsession that if I didn’t submit that logline early, I’d have my eyeballs sunk into the 18th hole. So I decided to use the dream I had as the main theme. The AI ​​series is all about dreams, so I couldn’t help but think it was some mysterious fate. 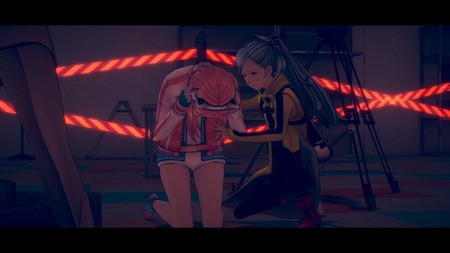 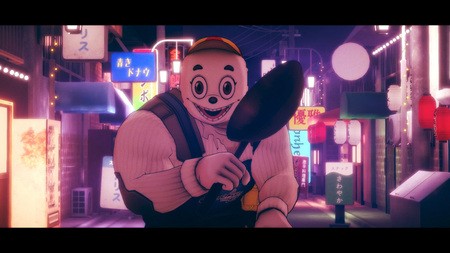 The first game launched in September 2019, and we’ve all been through some dramatic world events in the meantime. How have the restrictions and revised working methods over the past two years affected the project and your day-to-day approach? Did this have any impact on the story or themes of the game itself?

In terms of work style, I’ve always been cooped up in the office basement (currently as well), so there hasn’t been a huge impact. The big change is that meetings had to become remote. I feel like I haven’t attended an in-person meeting since spring 2020.

I think I intentionally walked away from letting [COVID-19] influence the game at all. I believe Corona will subside one day, but games are forever.

As mentioned above, all of my encounters with Kozaki also happened on a screen. I think it was great that everyone was able to discuss the art while it was being worked on. For Kozaki, his workflow improved by getting immediate feedback, which completely saved him from having to redraw anything, so lost work was kept to a minimum. . The Corona disaster is obviously an unfortunate event, but I think remote meetings weren’t necessarily a bad thing.

COVID-19 did not influence AI2’s story or themes. The script was written from Spring to Fall 2020, but I couldn’t predict how long this disaster would last… Even still, I think I intentionally walked away from letting it influence the game. I believe Corona will subside one day, but games are forever. I wanted to make a universal work that can be enjoyed no matter when you play it.

Seems like over the last few years there has been a real growth in the appreciation of adventure games. Do you agree? If so, why do you think that is?

It’s true. Detroit: Become Human, Life Is Strange, Doki Doki Literature Club!, Coffee Talk, etc., many masterpieces have been released. Even indie games can provide as much fun as AAA games. Maybe that’s why adventure games are becoming more and more popular. Anyway, I am personally very happy that this is the case.

But I will say that the craze for adventure games in Japan is not really there… 13 Sentinels: Aegis Rim was undoubtedly an amazing work, but it’s been years since a masterpiece didn’t come out… Oh, sorry, I forgot one. IA: SOMNIUM FILES! If you do not know this game, you should immediately go to Gamestop. Or, as I mentioned before, AI2 doesn’t require you to play AI1, so you can wait for AI2 to come out and then play AI1. It’s a way of doing it.

Either way, try to play both AI1 and AI2. You will certainly have a better opinion of adventure games, I guarantee it!

If you had to describe AI: The Somnium Files – nirvanA Initiative in just three words, what would they be? 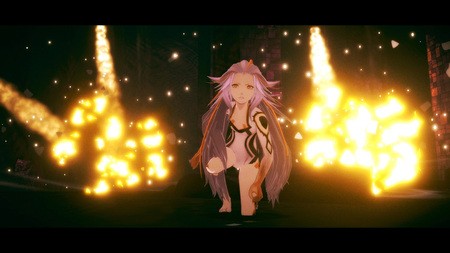 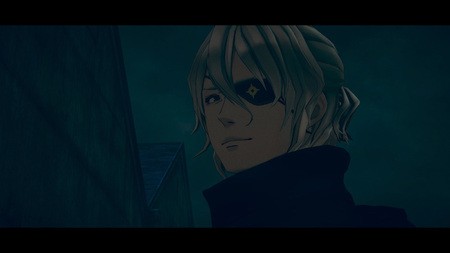 Our thanks to Mr. Uchikoshi for talking to us. AI: The Somnium Files – nirvanA Initiative is scheduled for release in Spring 2022.