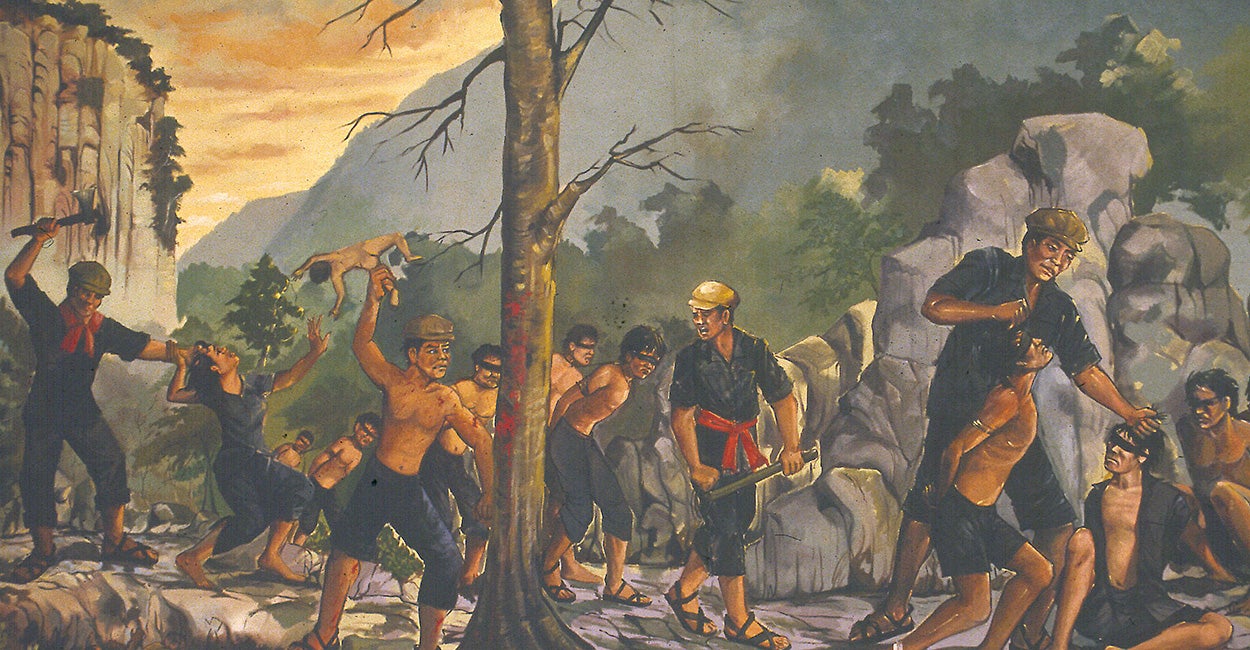 “A specter haunts Europe, the specter of communism. It is the preamble to Karl Marx’s “Communist Manifesto”, a document responsible for inspiring some of the worst dictators in human history.

Men like Joseph Stalin, Mao Zedong, and Pol Pot all used the words Marx wrote to justify acts of horrific violence. And Wikipedia doesn’t want you to know about Communism’s legacy of death and ruin.

Visitors to the Wikipedia entry “Mass Murders under Communist Regimes” were greeted with a warning that the page “is being considered for deletion” for a myriad of reasons, including issues of neutrality and factual inaccuracies.

Although the warning at the top regarding the deletion has been removed, the debate over the future of the page continues. The secondary disclaimer stating that the page has multiple issues remains.

Internal debate around the proposal showed that at least one Wikipedia editor, a 25-year-old Italian named Davide King, edited the article to minimize the large-scale destruction caused by the evil communist regimes. King edited the article to insert a Communist apology, including one that targeted the preeminent communism education group, the Victims of Communism Memorial Foundation.

The Tale of the Victims of Communism, as popularized and named after the Victims of Communism Memorial Foundation, has become an accepted scholarship under the double genocide theory in Eastern Europe and among anti-communists in general. However, it is rejected by most Western European researchers and others. Some researchers say he is politically motivated, oversimplified, and trivializes the Holocaust to equate it with communism, posing a Communist or Red Holocaust.

“While the [Black Book of Communism] the discussion is in progress … I propose that all references to the Victims of Communism [Memorial Foundation] be stripped in the meantime, ”wrote the editor of Wiki Dark-World25.

They also targeted both the Victims of Communism Memorial Foundation blog and the Heritage Foundation. Wiki editor CJ Griffin added,

“I agree with the [Victims of Communism Memorial Foundation] being mentioned in this article as a [explanatory footnote] is included to inform readers that the Foundation is controversial, has strong ties to neoliberal think tank The Heritage Foundation, and its blog has posted provocative and contested material (such as blaming the COVID deaths on Communism, and the [Chinese Communist Party] specifically”

Lee Edwards, a distinguished fellow of conservative thought at the B. Kenneth Simon Center for American Studies at the Heritage Foundation, considers the attempt to minimize the death and destruction caused by communist regimes to be incredibly dangerous. (The Daily Signal is the outlet for the Heritage Foundation.)

“All the great leaders, whether it was Lenin, or Stalin, or Mao, or Pol Pot, all were ideologues who had a particular philosophy, and that philosophy had to do with Karl Marx,” Edwards told The Daily. Signal, “So so for Wikipedia to say that ideology doesn’t matter when you talk about communism is nonsense.”

Edwards continued: “You cannot have a tyrant like Lenin, Stalin, Mao, Pol Pot, without Karl Marx, without the Communist Manifesto, without ideology.”

But there is another angle to this story just as damaging to Wikipedia editors who dismiss the ruin caused by Communist dictators as unrelated to the philosophy of Communism.

Big Tech has grown increasingly confident in its ability to censor speech they find unpleasant. Wikipedia, as one of the biggest sources of information on the web, has enormous power over what people do and don’t have access to.

Dustin Carmack, a technology policy researcher at the Heritage Foundation, said this was a problem.

“If you look at how Google works, it often shows Wikipedia as one of the first things in a search,” says Carmack in an interview with The Daily Signal, “In general, the data shows that most people will never exceed the first Google page. This explains how algorithms and how different search engines choose what content people see. ”

Wikipedia’s efforts to suppress the article represent a dangerous combination of censorship and Communist apology. And since the specter of communism still poses a global threat, Wikipedia’s drive to clean up evil philosophy poses a grave threat.

To their credit, it appears Wikipedia has put the brakes on the removal of the article. But that doesn’t mean we should become complacent.

“There were a lot of victims of communism. They cannot be forgotten, ”warns Edwards. “These victims’ voices call out to us over the decades… Communist China continues to be a threat to the security, prosperity and freedom of the rest of the world.

Wikipedia’s actions are doing the victims of Marx’s failed philosophy a disservice. It is up to us to keep their memories, so that the atrocities of communism remain buried in the past to which they belong.

Do you have an opinion on this article ? To ring, please send an email [email protected] and we will consider posting your amended remarks in our regular “We Hear You” section. Be sure to include the URL or title of the article along with your name and city and / or state.