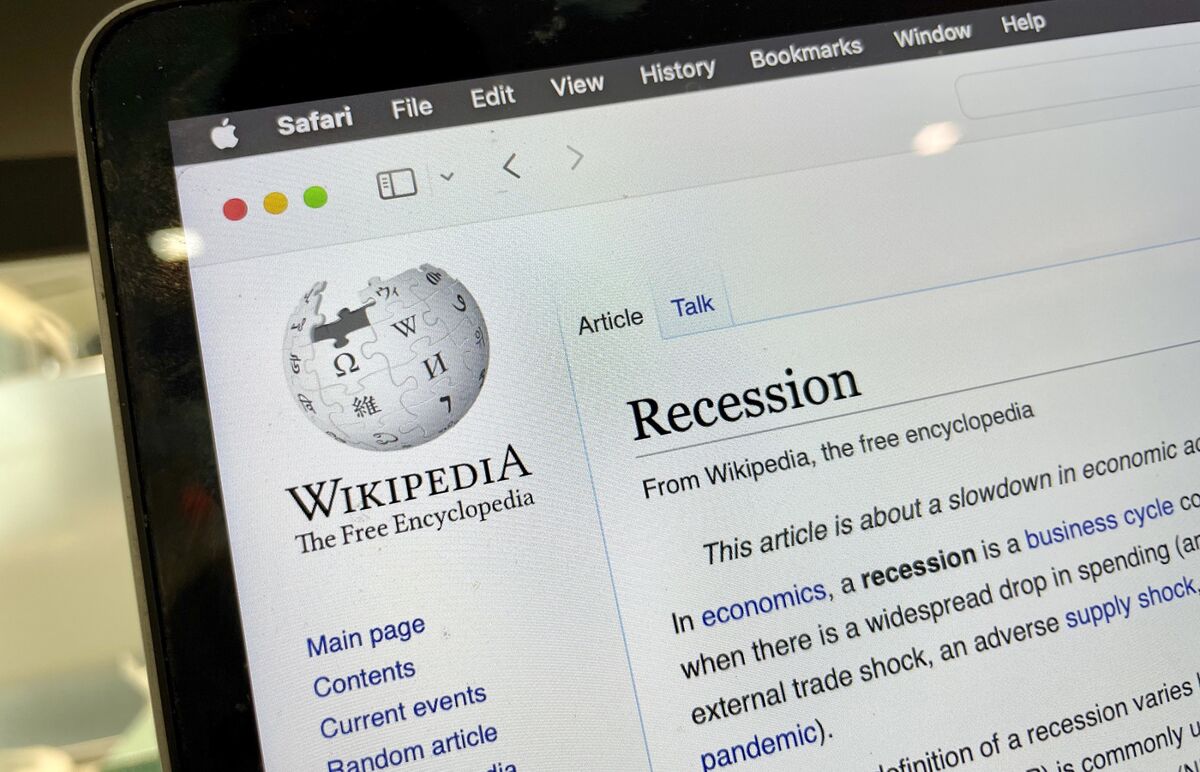 Wikipedia changes editing rules on its “Recession” page after a fierce battle among users over its precise definition.

Starting Wednesday, updates from unregistered users or new accounts will need to be reviewed and accepted by an editor before they are visible to most readers. The move comes after the entry received hundreds of edits that violated Wikipedia’s policies, urging editors to make the page “semi-protected”, limiting revisions.

“Semi-protected articles can only be edited by logged-in users whose accounts are at least 4 days old and have made at least 10 edits,” Wikimedia, the foundation behind Wikipedia, said in an emailed statement. mail, adding that the policy is not uncommon for articles that receive a sudden influx of edits. “Volunteer editors regularly use these and other tools to ensure Wikipedia’s content is neutral and well-sourced.”

Wikipedia’s frenzied row, which has seen hundreds of users make and undo changes to the page, revolves around whether an economic downturn should primarily be defined as two-quarters of a decline in GDP.

Data released by the US Commerce Department last week showed that gross domestic product fell at an annualized rate of 0.9% in the second quarter. This follows a 1.6% decline in the first three months of the year, fueling recession fears.