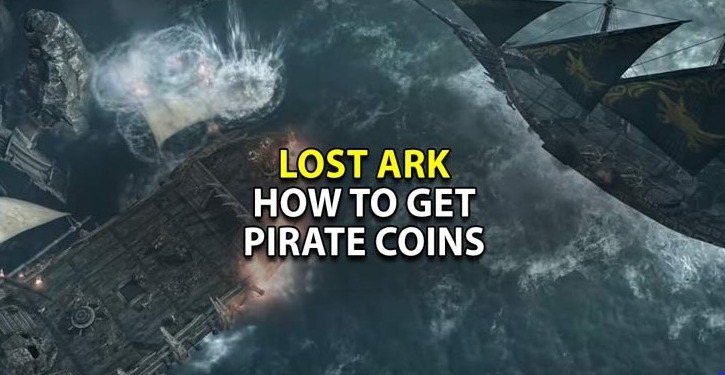 Lost Ark Pirate Coins are one of the in-game currencies for the waters of Arkesia. You can use them to exchange useful items and resources. Find out how to get pirate coins in this simple guide to earning them.

Lost Ark features a huge map full of different continents, islands, and a huge ocean that you can explore. As you travel the ocean, you will need the Pirate Coins to buy and sell various things. The good thing is that acquiring them is quite easy.

However, with so many amount and currency systems available in the new MMORPG, it can be difficult to remember how to get one. Moreover, the game also does not offer clear instructions for earning pirate coins, unlike gold and silver.

This guide will solve all your problems and you can collect lots of pirate coins without feeling stuck.

What are Pirate Coins in Lost Ark?

Pirate Coins are a type of currency in Lost Ark that can be used in oceans and other pirate-themed activities. You can use them mainly by crossing different islands with your boat and completing tasks.

According to the official Wiki game description, Pirate Coins is the currency of the waters of Arkesia. You can use them to exchange useful items and resources for your journey.

Apart from Pirate Coins, there are also Sea Coins in Lost Ark. You can earn them through specific islands and tasks, and can be traded with each other.

How to earn pirate coins in Lost Ark?

There are several ways available in Lost Ark to earn Pirate Coins. You will earn most of them by completing the island quests in the game. Island quests are special quests that you will complete on different islands that you will visit during your adventures in Arkesia. 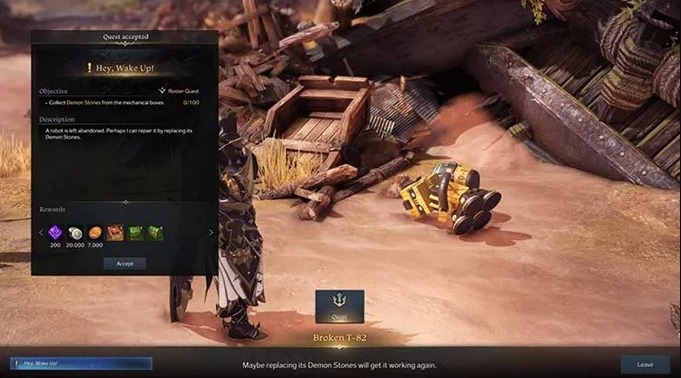 Some islands will pay more pirate coins than others. However, you will usually reach the lower paying ones first, and the higher paying ones later as the game progresses.

You can also find Flotsam while sailing in the ocean. Flotsam rewards Pirate Coins when you interact with them. Whenever you spot one, navigate to it and press G when the prompt appears. 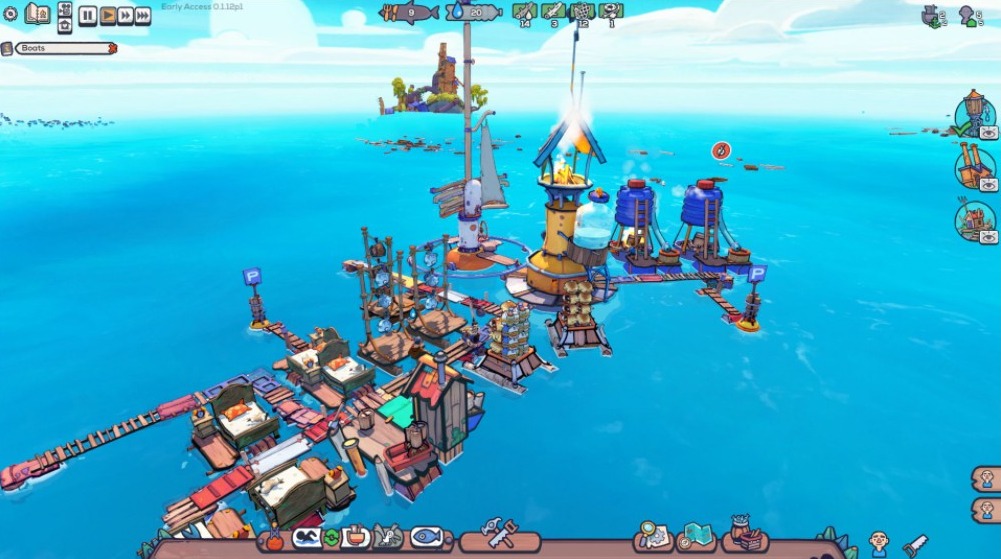 Exchange other coins for pirate coins in Lost Ark

Another way to get pirate coins in the game is to trade other coins you have for them. If you have Gienah Coins, Sceptrum Coins, Arcturus Coins, Ancient Coins, Sea Coins, or Sun Coins, you can redeem them at Ports to receive Pirate Coins.

You need to approach the tea and balance guild ship in any port to exchange coins. Here is the breakdown of the coin exchange rate in Lost Ark: 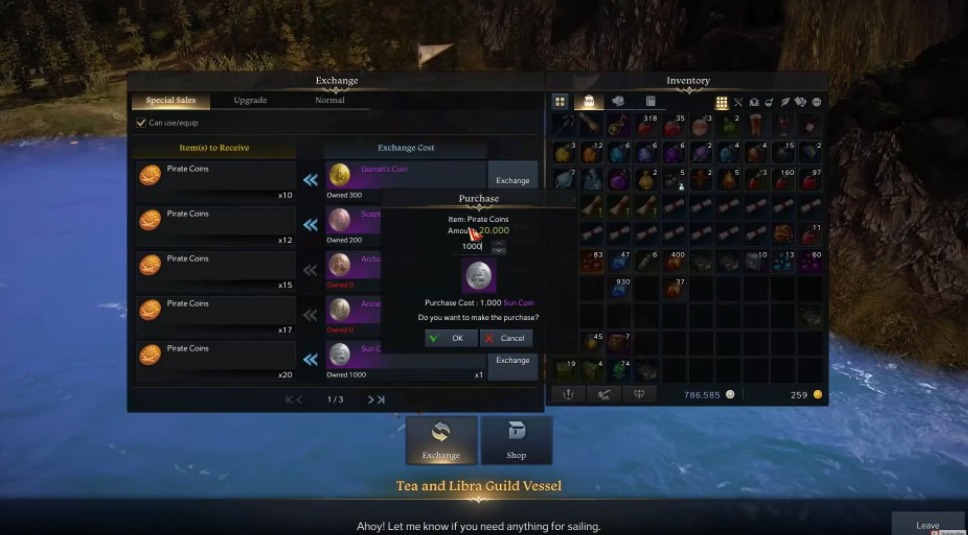 You can also get around 100 Solar Coins once in a while from the Deep Sea Coin Chests you get as a quest reward. Once you have them, you can exchange them for Pirate Coins.

You can only earn Pirate Coins by completing quests once. So, after completing all the quests, you will have to rely on Marine events, Una’s daily and weekly tasks, and Procyon’s Eye Compass events to get more pirate coins.

Sea Events are regularly scheduled events in the game where you have to complete different tasks. The biggest and most rewarding is where the ghost ship is involved.

Procyon’s Eye Compass is a collection of time-limited events in Lost Ark. They rotate every day. And, the most important type for pirate coins is the Adventure Island event. When an event is live, you will find islands appearing in purple on the map. Simply go to the island and complete tasks to earn rewards including pirate coins. 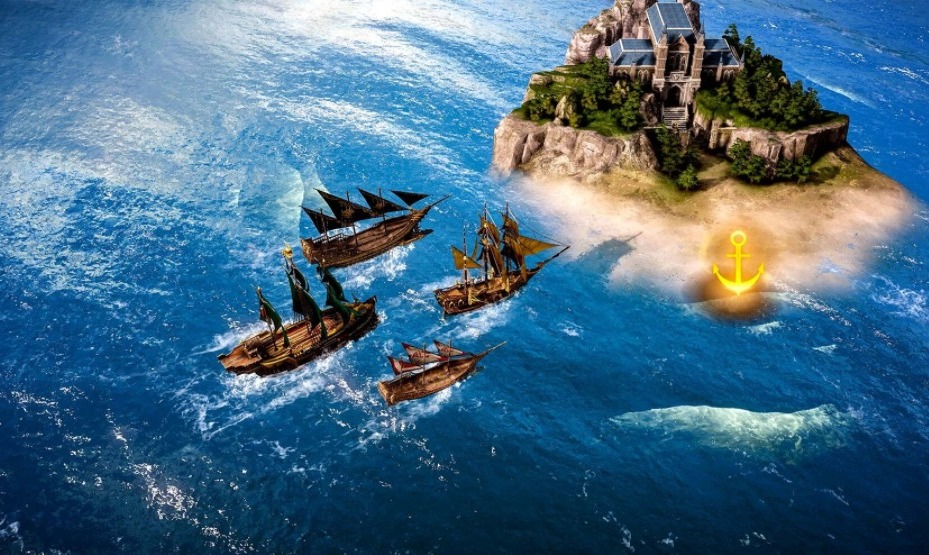 Another option is to complete Una’s Daily and Weekly Tasks which reward Pirate Coins. Or, you can also earn other coins and redeem them later. You need to keep completing tasks and participating in events to earn coins and exchange them for pirate coins.

What can you buy with Pirate Coins in Lost Ark?

There are a number of good things you can buy with Pirate Coins in Arkesia, probably the most important is the Resonance Song which costs 16,500 Pirate Coins. While that may seem like a lot, earning enough to buy it will only take about 20-30 minutes if you’re on the right track.

You can only complete quests on Freedom Isle that reward 15,000 Pirate Coins. After that, go to the Giant Mushroom Island and complete the unique quest which awards 2,000 Pirate Coins. Now you can buy the expensive Song of Resonance in Lost Ark.

Pirate Coins are basically used to buy upgrade materials and recruit crewmates for your ship from the various merchants found in the ocean. This will make navigation easier for you. You can also use them to buy unique items from the merchants of the sea.

Here is a list of items you can buy with Pirate Coins in Lost Ark:

Farm more pirate coins. I was going to log in for the day and decided to log back in and do it. Intoxicated. #lostark

You can do a lot with this sea currency in Arkesia. The best advantage is that you will have a better ship and better equipment for your ocean journey.

These are all the ways to get Pirate Coins in Lost Ark. Keep trying them to become the richest pirate in Arkesia.