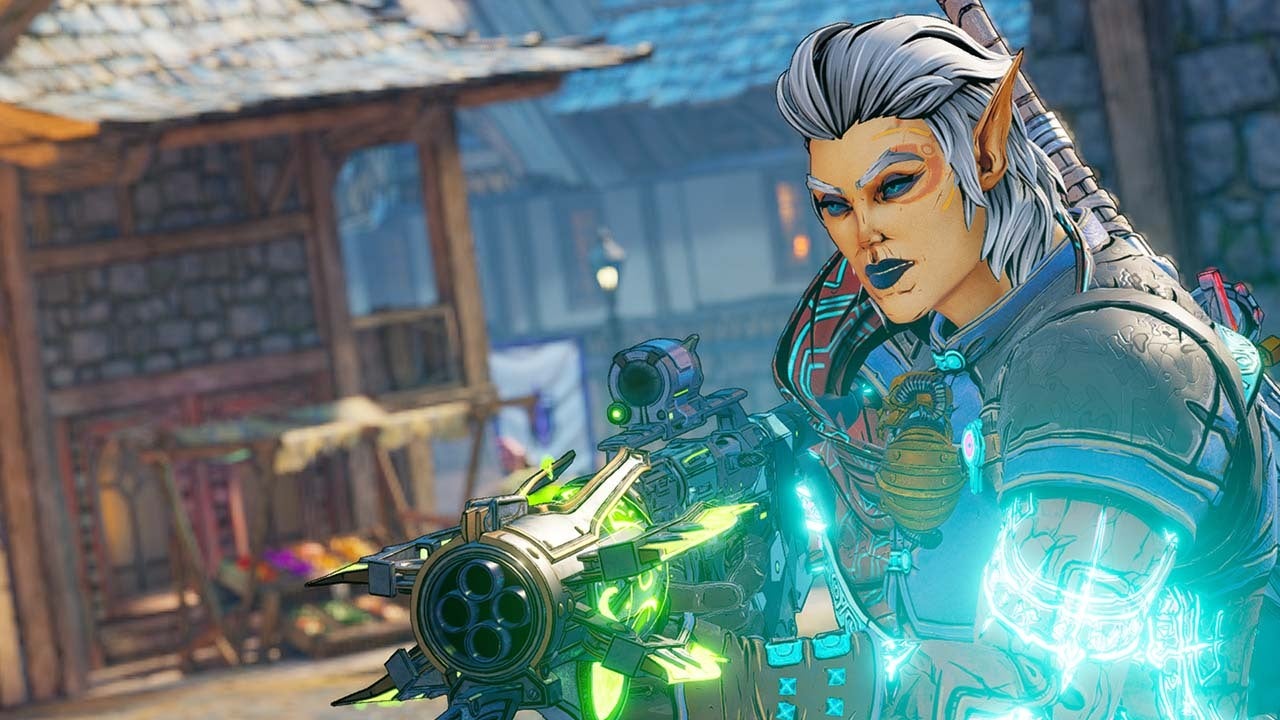 Unlike previous Borderlands games, Tiny Tina’s Wonderlands includes a full character creator, not just interchangeable head and body skins. And true to the real-world Dungeons and Dragons inspiration of Bunkers and Badasses, what looks like an awesome appearance generator turns into a fun D&D-lite character sheet at the end.

With that in mind, let’s dive into the basics of Tiny Tina’s Wonderlands Character Creator and how it works, if you’re wondering how creative or weird you can be.

Tiny Tina’s Wonderlands features six character classes: Stabbomancer, Clawbringer, Spellshot, Graveborn, Spore Warden, and Brr-Zerker. And before we get into how to customize their appearance, it’s worth noting that each has its own passive ability, or “Class Function”, and two action abilities you can choose from. For example, the Spellshot can either turn enemies into sheep – wait a minute, keep, my excuses. Or equip two spells at once. The Brr-Zerker can do either a spin attack or a jump attack. Each class has an option like this, and once you reach level 7, you can swap them at will from the skills menu. Another fork in this path is that you can actually multiclass after reaching a certain point and having two different passive abilities. For example, a Spellshot/Graveborn multiclass means you get twice as many instances of Infernal Blasts when casting spells. You can also respec your attributes at any time by visiting a machine in Brighthoof, and can even change your secondary class after completing the story.

After choosing your initial class, it’s time to choose your appearance. You’re not beholden to a particular look or race for each class – the look of your class’ armor is the only difference, and there are plenty of options in Tiny Tina’s Wonderlands, including the type of body, voice quality and pitch, and even an option to disable symmetry. the really fun part is the Wonderlands slider overdrive, which removes the limiters on the body and face feature options. When you go down this path, you can create some truly horrific and wondrous monstrosities, completely ignoring human anatomy or even the laws of physics. Look at this beauty! I recommend turning on slider overdrive and just hitting randomize to see true cutting-edge artwork. Rapture’s own Dr. Steinman would kill for a face like that.

Starting from your character’s appearance, you choose a character background. Similar to D&D 5e, backgrounds help you choose which attributes to excel at. Want higher strength and lower intelligence, choose Village Idiot. Want low Strength and Dex, but higher Intelligence and Wisdom? Choose Failed Monk. These backgrounds, in combination with the type of voice you have chosen, will also change some of your character’s dialogue if you enjoy role-playing a little more in your looter-shooter RPGs.

After choosing your background, you can assign your actual attributes, and they all give small buffs to certain stats, such as critical damage, critical chance, and even your skill recharge speed. The six attributes exactly mirror the six in D&D 5e, except Attunement replaces Charisma, as there is no role-playing element in Tiny Tina’s Wonderlands when it comes to dialogue choice or persuasion. You only use guns for this.

I would recommend checking the panel to the right of the character sheet to see what attributes are recommended for each class, as those are the ones you’re most likely to use. But no one is stopping you from making a Stabbomancer with an absurdly high constitution.

There are also carryovers when it comes to character customization from previous Borderlands games. You’ll find items in the world that unlock new armor and headgear options, and these are added to your profile’s initial character creation menu in case you want to create a new character. You can also completely change your character’s appearance, including using these new options, by visiting this machine at Izzie’s Fizzie’s in Brighthoof.