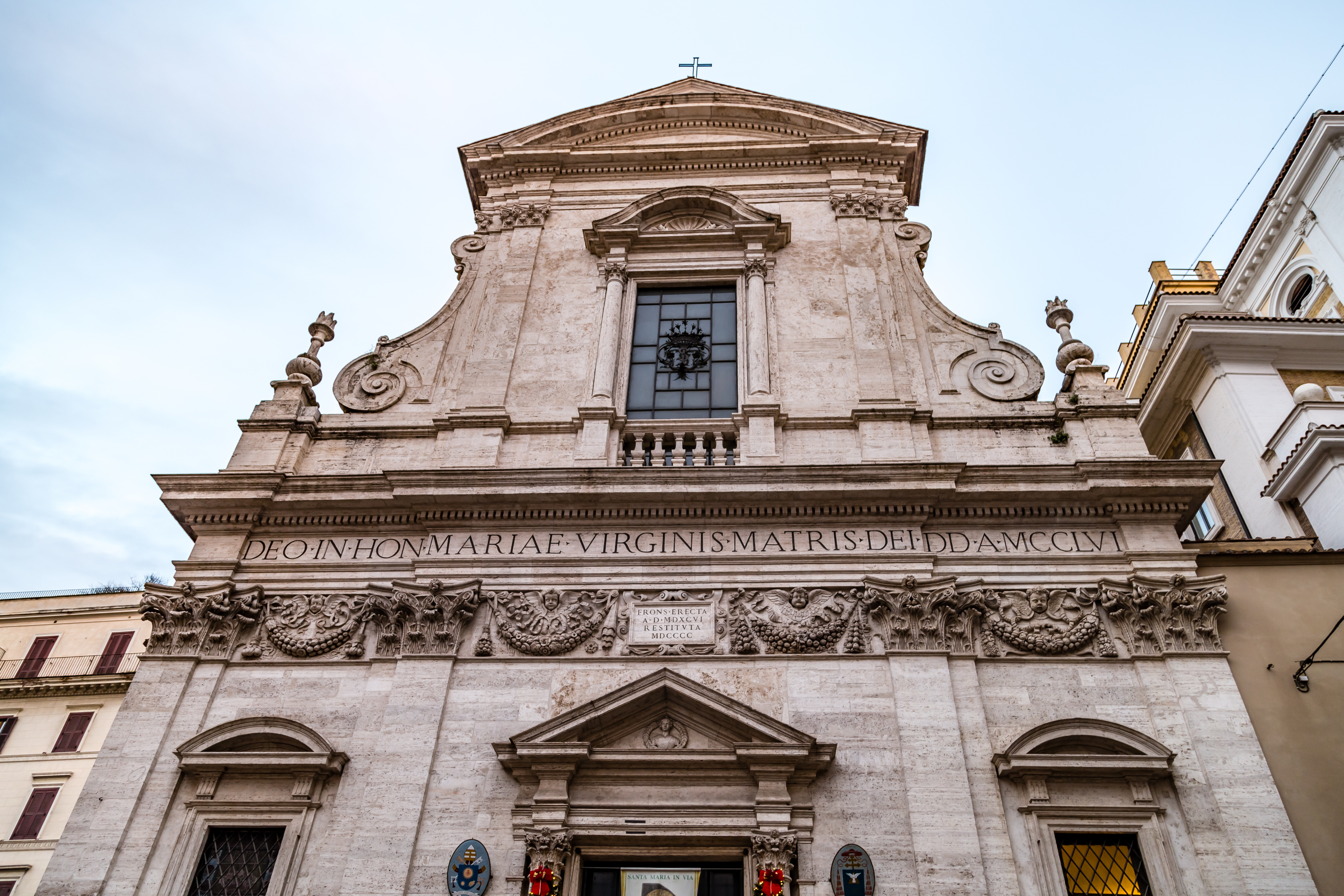 They testify to the role of holy water in Catholicism.

Water plays a key role in Catholicism. Holy water is used in key rituals like baptism and blessings of people, homes or objects. For this reason, Catholics have built many churches in places known as sources of holy water. Visitors to Italy will find a church dedicated to “Mary of the Holy Waters” in almost every region. Sometimes these ancient sources of holy water later proved scientifically therapeutic, becoming a universally accepted source of healing for the general population. Here is a gallery of some of the most interesting “holy water” churches in Italy

Built between the 11th and 12th centuries, the Church of Santa Maria delle Acque, literally Blessed Mary of the Waters, stands on a spring of thermal water discovered at least since Roman times. Thousands of pilgrims have visited this church over the centuries to pray and find healing for their ailments in the thermal waters, including the papally appointed King Hugh II of Arborea who came every year to cure his gout. The most important element of the church is a statue of the Virgin, named Virgin of the Holy Waters, carved between the 16th and 17th centuries. Every year, on the day of the parish feast, the statue is transported to the thermal spring in a chariot. Today, the waters of Sardara are recognized as therapeutic water with people who come to the site every year to treat their ailments.

The Sanctuary of Mary of the Holy Water located in Marino, 20 km south of Rome, was built in 1200 near a source of thermal water known since Roman times. According to one tradition, it was built after a Marian apparition in which the Blessed Mother helped a man who lost control of his horse by handing the animal a bowl of water. A statue of the Blessed Mother has been carved into a rock at the top of the spring with the phrase: “APUD TE EST FONS VIATE” (the source of life is with you).

This troglodyte cave was probably the site of a pagan sanctuary before becoming an underground church somewhere during the 12th century. It is located in a natural cave with a freshwater spring on the coast of Palermo, Sicily. Today it is largely abandoned, but a fresco of the Madonna can still be seen there as well as a painting of Palermo’s patron saint, Santa Rosalia. In the 19th century, scientists proved that the water in this cave had healing properties, and locals built a spa just outside the church to provide access to healing waters for people suffering from various ailments.

This 17th century church was built over a spring of fresh water with miraculous properties that had served as a Marian sanctuary since at least the 7th century. According to one tradition, it was built where three virgins from a nearby village had been stoned to death because they had escaped from their homes to listen to the preaching of Saint Paul. The source of fresh water is accessible from inside the church and even today it is used for baptism and other rituals. Every yearon the Tuesday after Pentecost, the statue of Mary of the Holy Waters is taken in a procession among nearby villagers with believers queuing to be blessed with holy water.

Santa Maria in Via, Rome

Churches built on holy water sites are not only found in rural areas. The Church of Santa Maria in Via, known as Madonna del Pozzo, literally Madonna of the Well, in Rome, is a perfect example. According to one tradition, it was built after a Marian apparition in the well of a stable before a group of amazed witnesses. The next day, Cardinal Pietro Capocci, owner of the stables, asked Pope Alexander IV to build a church there. Today, the Madonna of the Well draws pilgrims from all over the world, and bottled water from her well is shipped to devotees in every corner of the world, from Australia to America.

This type of short-term loan is called a payday loan. Consumers usually submit a personal…

US Open future venues through 2051

The Country Club of Brookline, Massachusetts, is now in the rearview mirror. Next up is…

Destiny 2 is an incredibly complex game for a new player, which is why the…