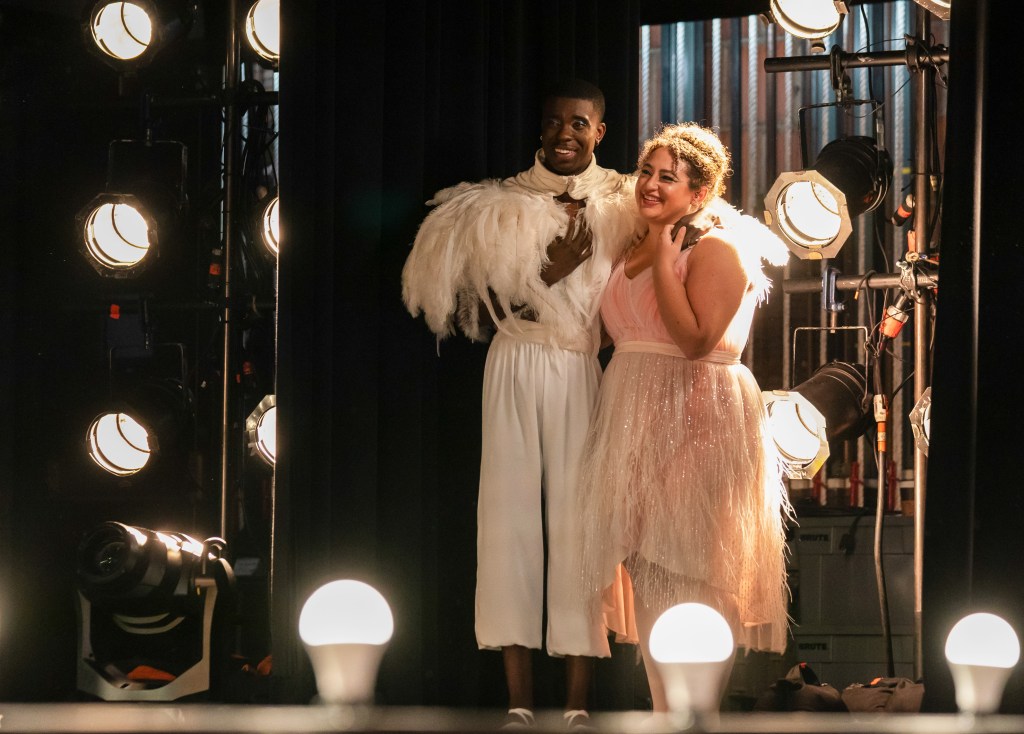 Fox’s Season 1 Finale The big jump offered its fair share of drama and happy endings to many of its characters on Monday night while leaving plenty of leeway to continue should the network choose to renew the series.

The episode titled “We Make Our Own Light” picks up after the untimely death of Paula (Piper Perabo) in last week’s episode which saw the show in a show with no electricity and everyone left in the dark. In the midst of a mad rush to get the show back on track, Nick (Scott Foley) reveals that he’s more than a soulless leach focused on personal gain, even if it doesn’t last very long.

But the show must go on, as they say. Dance groups get creative with lighting options like Gabby (Simone Recanser) the White Swan shows we can all be heroes in our own story. The dancing is also the catalyst for her and Reggie (Ser’Darius Blain) to start working on their relationship again.

This happiness will not last long, however. Brittney (Anna Grace Barlow) is revealed to be pregnant and she is certain Reggie is the father. Leaving the circumstances ripe for Nick to plan an epic Season 2 storyline between Gabby and Brittney (once again) that is sure to lead to disaster for everyone involved.

Gabby agrees to return as choreographer for Season 2, while Brittney has also accepted the task of breaking Gabby’s heart yet again.

Although it is not yet known if Fox will renew The big jump For Season 2, the show’s freshman finale certainly leaves the door open for more.

This is also true of Mike (Jon Rudnitsky), who bravely took the stage without his beloved wife Paula for a performance that left no dry eye in the house.

Other Highlights: Mike (Jon Rudnitsky) performing the number he practiced with Paula, leaving no dry eyes in the house; Julia (Teri Polo) decided to divorce her and spend more time with her children; Justin (Raymond Cham Jr.) and Simon (Adam Kaplan) are back together after a quick split that no one thought they could keep; and Monica (Mallory Jansen) gets her chance to dance after a hidden door accident leaves Brittney off duty.

The big jump has been a modest linear odds performer for Fox, and the finale aired amid uncertainty about the show’s future, as Fox has yet to make a decision on a potential second season.

In an interview with Deadline, The big jump Creator, executive producer and showrunner Liz Heldens breaks down the finale, teases what lies ahead, and discusses the series’ chances of a renewal.

DEADLINE: Just when viewers think Nick isn’t beyond redemption, he’s proving he’s soulless. Who hurt him? Would things have been any different if he had found out that Monica was in love with him?

HELDENS: Nick was heartbroken in the final! He got all wrapped up in the show’s mission statement within the show (which is also our show’s mission statement), which is that people need art and connectivity in the show. their life to flourish. He started to think of himself as an artist instead of a shady reality TV producer. It all falls apart when he hears what Monica really thinks about him (and misses the B-side of this conversation where she realizes she loves him). He’s coming back to what he knows best… being a shady reality TV producer and using Brittney’s pregnancy to set Gabby up for a heartache in Season 2. As a showrunner, I can relate.

DEADLINE: The Season 1 finale sets out where you might go if the show gets another season. Can you share an update? Are you planning more for now?

HELDENS: We have a lot of hope for a season two! The show performs well on Hulu, the cast is spectacular, it’s been well received, and people who find the show really like it.

DEADLINE: Gabby almost gets the perfect ending, and I hate to think about what learning Brittany’s secret will do to her. Why not allow him to live happily ever after, with Reggie or whatever? Or is it maybe the long term plan?

HELDENS: I don’t think Gabby’s story ends with the search for a man. We’ve felt the same about Julia’s arc this season for what it’s worth. I’m super invested in the Gabby-Reggie relationship but I’m also interested in her journey as a choreographer. That said… yes, Brittney’s pregnancy is going to be a huge obstacle next season and create a lot of drama for everyone.

DEADLINE: The big jumpPaula’s last tribute through this last dance was magnificent. If the series came back for more, do you see Mike’s story continuing somehow? After the Season 1 finale, her story seems complete.

HELDENS: Jon Rudnitsky is so talented and funny and relatable! We have a lot to do for him in the future. He is still crying Paula. With him, it’s about staying connected and active and not falling into depression.

DEADLINE: If the series doesn’t continue, what do you hope viewers take away from Season 1?

HELDENS: I hope the show will continue! But I think what Paula says in her last video to Mike in Episode 110 sums it up, “Do stuff with people. That’s life.