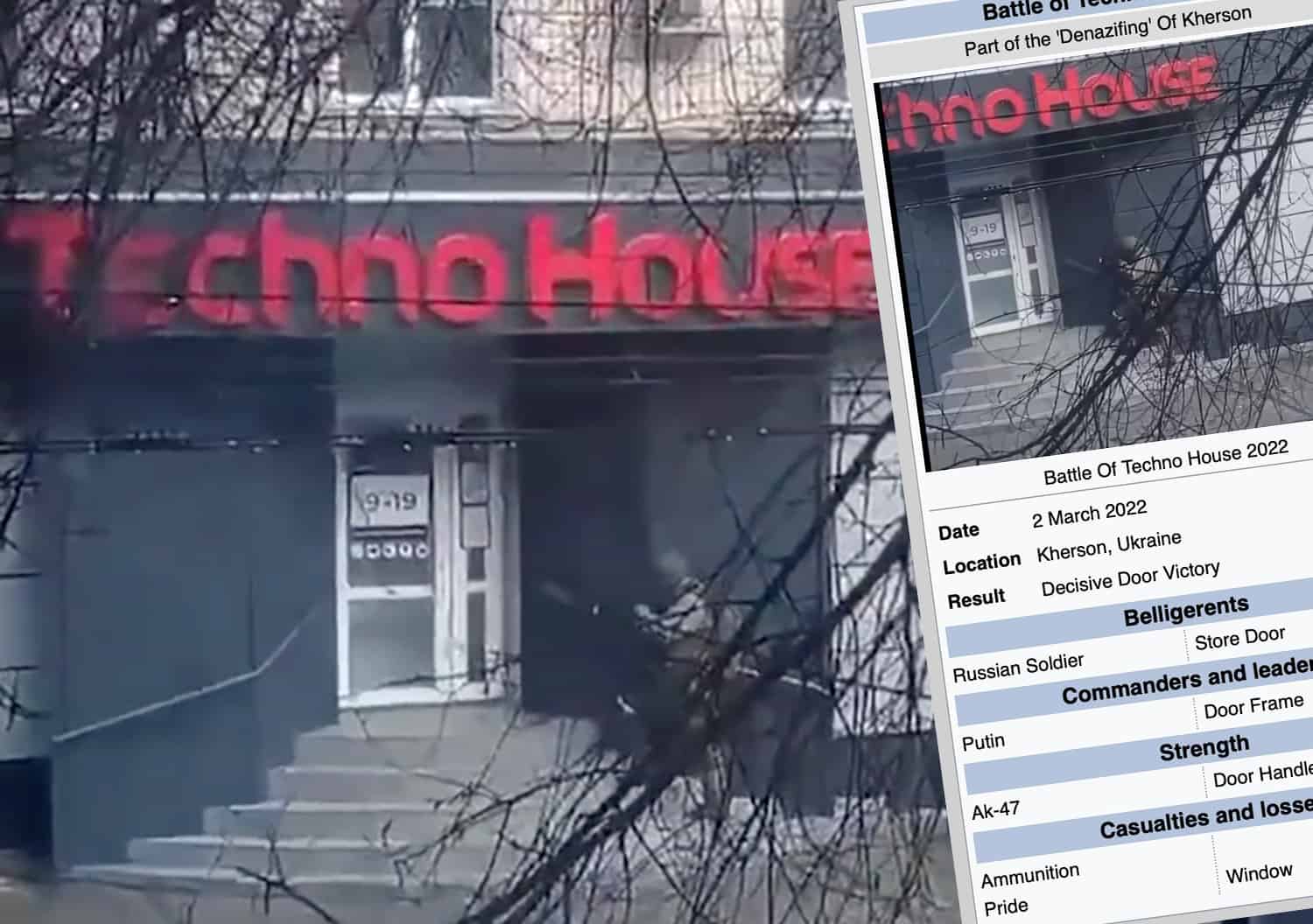 The Russian invasion was a bloody and totally unnecessary conflict, with a huge loss of life on both sides.

As the war drags on, the human toll is unimaginable, as millions of people are displaced.

However, there are some light moments in the dark, a gallows humor that is much needed in these times.

This is probably why a video of a Russian soldier trying to open a door, and failing, has gone viral.

And he even has his own Wikipedia page to commemorate the battle!

The Wikipedia page, titled “Battle of Techno Houser 2022”, indicates that the outcome of the conflict was a “decisive door victory”.

The belligerents were listed as Russian soldier and store carrier.

Losses are listed as ammo and pride on the Russian side, with the door losing a window.