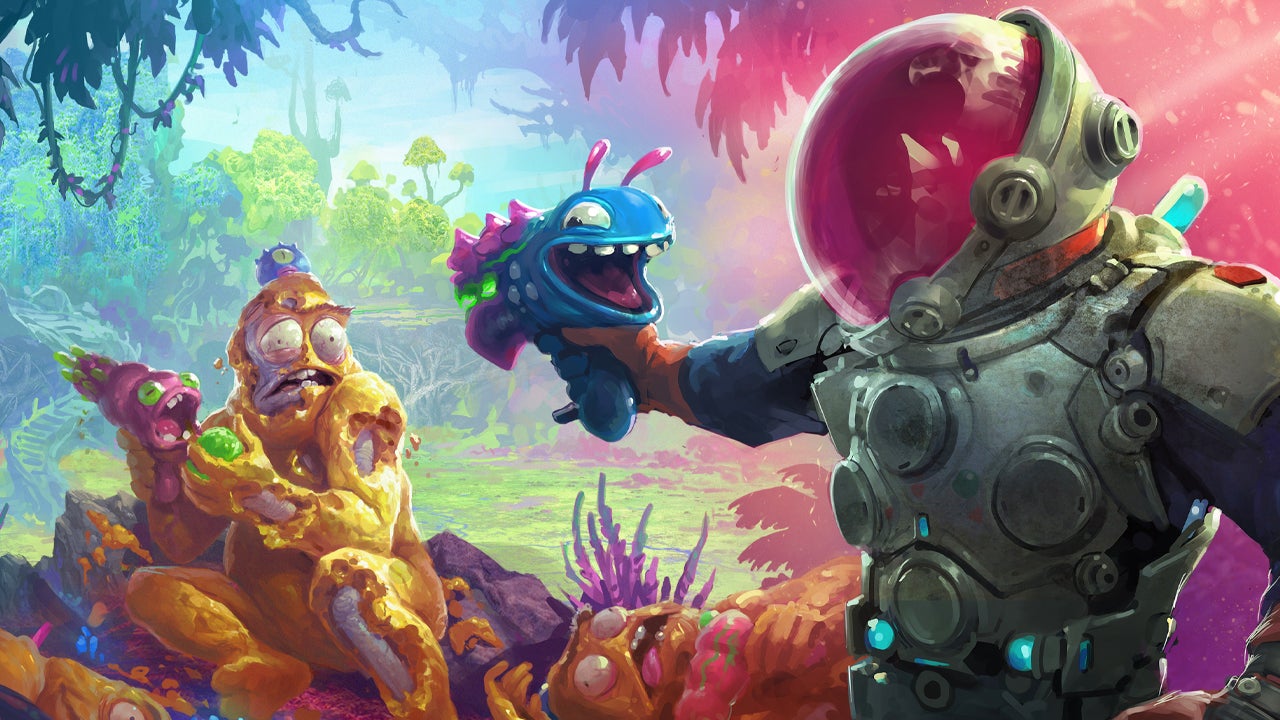 Justin Roiland (Rick & Morty) and its developer Squanch Games have unveiled a new comedic sci-fi shooter, High on Life. It’s coming to Xbox Series X/S, Xbox One, and PC in October, and it looks like savage.

Revealed during the Xbox-Bethesda summer showcase, High On Life is an FPS that sees you play as a human high school student who has quickly transformed into a galactic bounty hunter, using living weapons to take out aliens – who have discovered that humans are the biggest drug in the galaxy. The decisions you make along the way will affect the outcome of the story, and you’ll have portable friends to help you make those choices, in the form of your weaponry.

Each weapon you use will have its own personality and offer its own take on events as you play – and you’ll use them to kill alien enemies and collect notes as you visit multiple planets. Squanch promotes “a dense and dangerous jungle, a city built deep within an asteroid, and a variety of other dynamic and changing worlds”. It looks a bit like an M-rated Ratchet & Clank.

Squanch has previously released titles like Trover Saves the Universe and Accounting, and while High on Life seems to take on a similar comedic tone, it also feels like the most comprehensive traditional game the studio has developed so far.

Frank Miller Presents: Why the Famous Comic Book Creator Is Bringing Sin City and Ronin Back to Life