The most important dates that grow in the palm groves of Qasreshirin are: Zahedi, Arzagh, Khazravi, Jafari and Ashrasi. The most famous date of Qasreshirin however is Ashrasi. The region is the only latitude in Iran where this type of date is harvested.

The city of Qasreshirin is located 166 kilometers west of the city of Kermanshah and 400 meters above sea level. Qasreshirin is one of the most important western gates of Iran and still hosts guests from all over the country.

The city is located on the way to holy shrines in Iraq. Therefore, various caravans of pilgrims pass through Qasreshirin.

Qasreshirin is bounded to the north and south by Iraq, to ​​the south by the Iranian province of Ilam and to the east by the cities of Sar Pole Zahab and Gilangharab. Qasreshirin is on the main road from Tehran to Baghdad and its inhabitants speak Kurdish.

Qasreshirin is the most tropical town in Kermanshah (Wikipedia) and is located in the west of the province. It has always been popular due to the city’s tall palm trees and wide variety of agricultural crops.

During the imposed war, the Baathist regime in Iraq brutally pounded Qasreshirin. Almost four decades after this tragic period, the city’s palm trees are still a telltale sign of that time and show the oppression that the people of Qasreshirin endured back then.

But the significance and beauty of Qasreshirin is not only about the tragic history of the imposed war in Iraq and even its magnificent and rich groves. The important historical monuments of this town are among the attractions of Qasreshirin although they were destroyed to some extent during the war.

Most of the city’s historical monuments date back to the reign of the Sasanian kings. Qasreshirin is one of the ancient and historical cities of Kermanshah province and historical and literary works say that it was built by the order of the Sassanid king Khosrau Parviz.

During his reign, Khosrau Parviz ordered the construction of a large garden with fine palaces suitable for Qasreshirin’s winter climate.

The most famous archaeological sites in Qasreshirin are Chahartaghi (the quadrangle) and Emarat (the mansion). Shah Abbasi Caravanserai and Javamir Castle are the other historical landmarks in the city. 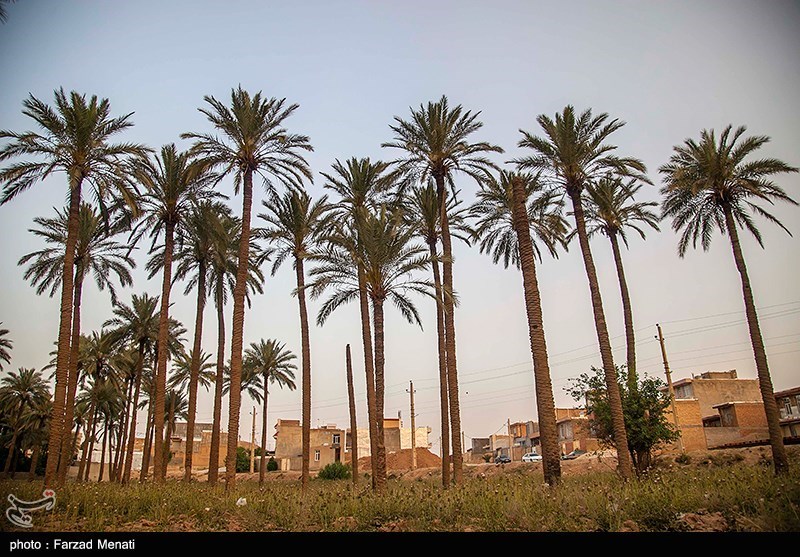 This caravanserai is inside the city of Qasreshirin. Unfortunately, this monument was heavily damaged as a result of attacks by the Baathist regime during the imposed war. 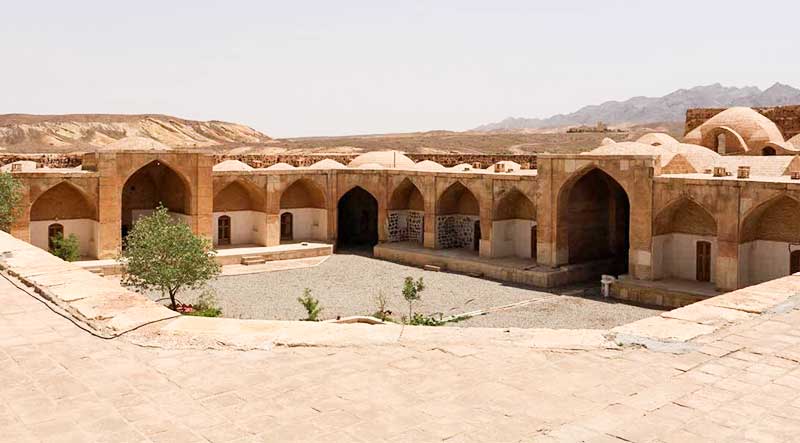 It was built with bricks and stones. Even in some sections of its entrance, bricks from Sasanian monuments were used. 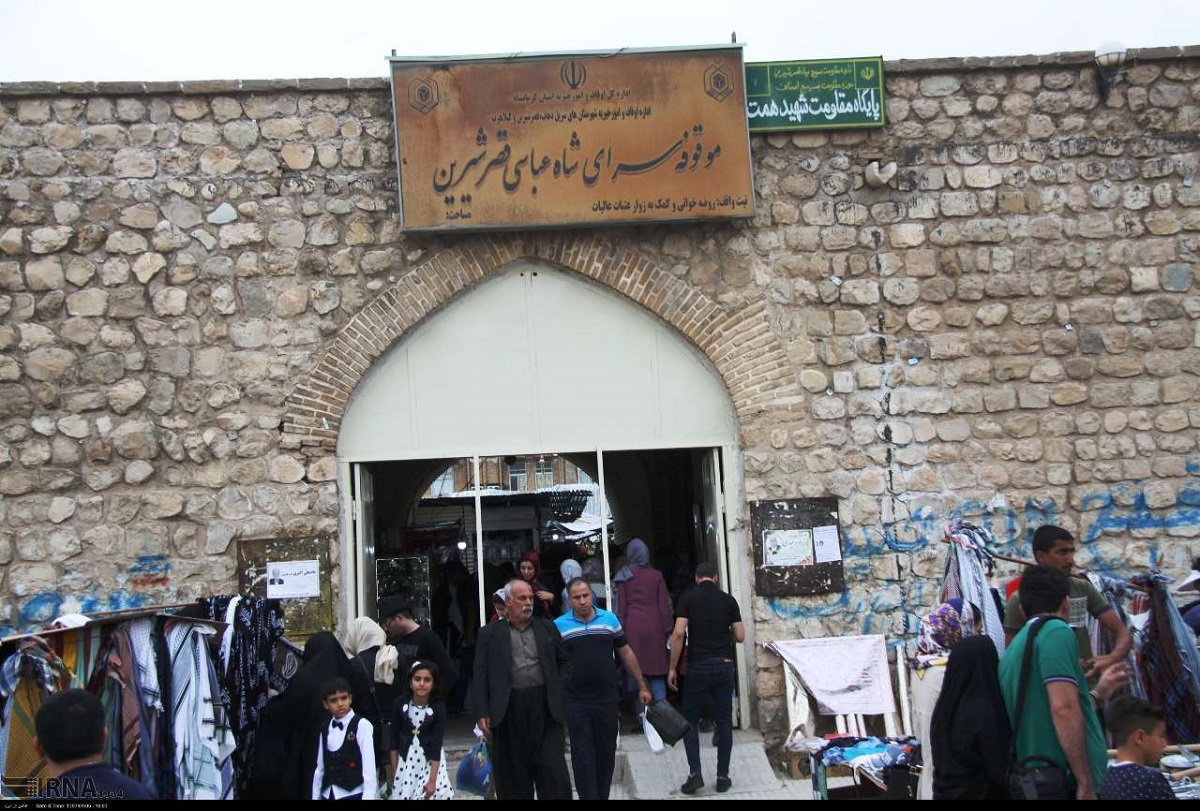 Chahar Qapu or Chahar Qapi means “four doors”. It is one of the Sasanian-era fire temples in the border town of Qasreshirin.

The fire temple is one with a tawaf corridor. Unfortunately, over time, its portico collapsed. But in some sections, traces of the portico are visible. Chahar Qapu was made from local building materials like stone carcasses and gypsum mortar.

The temple’s fire dome, however, was made of bricks. Most archaeologists believe the monument to be a fire temple from the time of the Sasanian king Khosrau Parviz, but some also claim it to be a palace from that time. 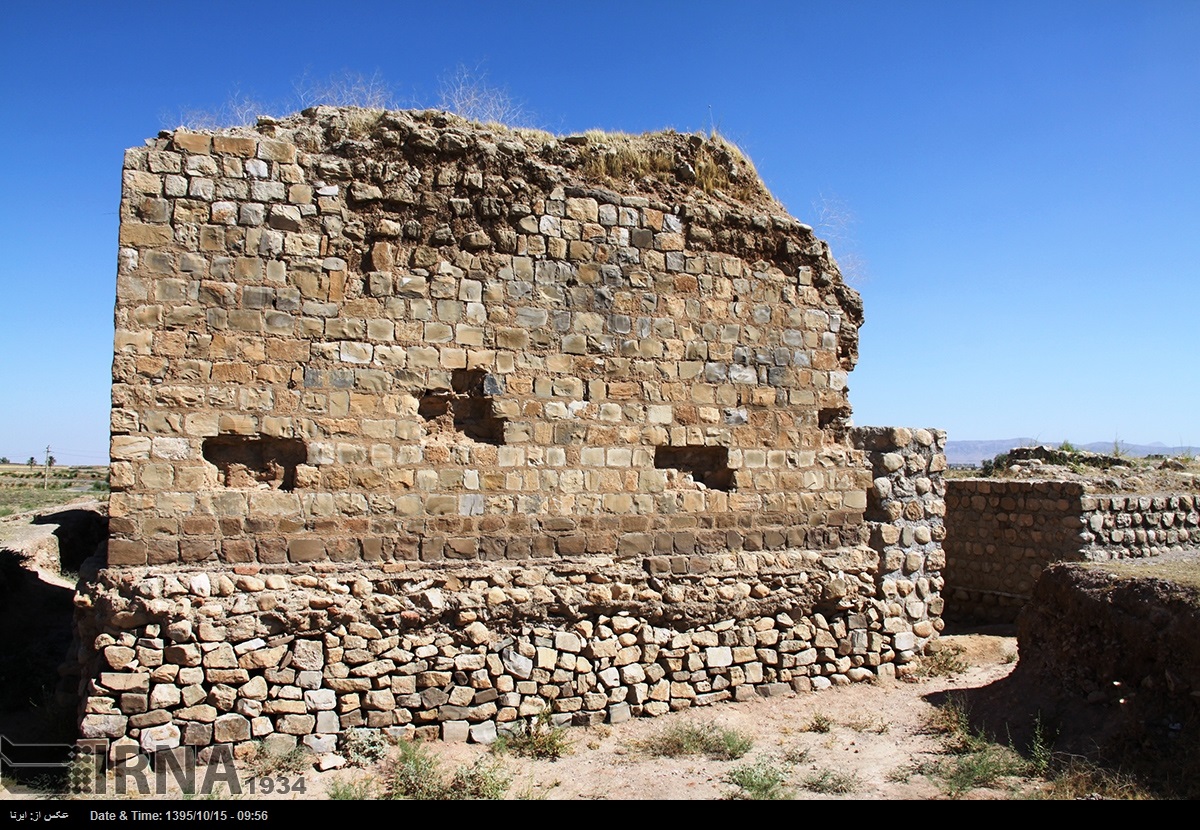 The ruins of the palace of Khsoro Parviz can be seen in the northern outskirts of the city of Qasreshirin. It’s near the Chahar Qapu fire temple and it’s nothing more than a mound of dirt. Khsoro Parviz Palace was built on an 8 meter high platform.

Iranian and Arab historians and geographers have all written about the monument. They mainly hold that the palace was built by Khosrau Parviz in the middle of a huge garden where wild animals lived freely and a lot of water from the Alvand River flowed into the garden through a high channel. 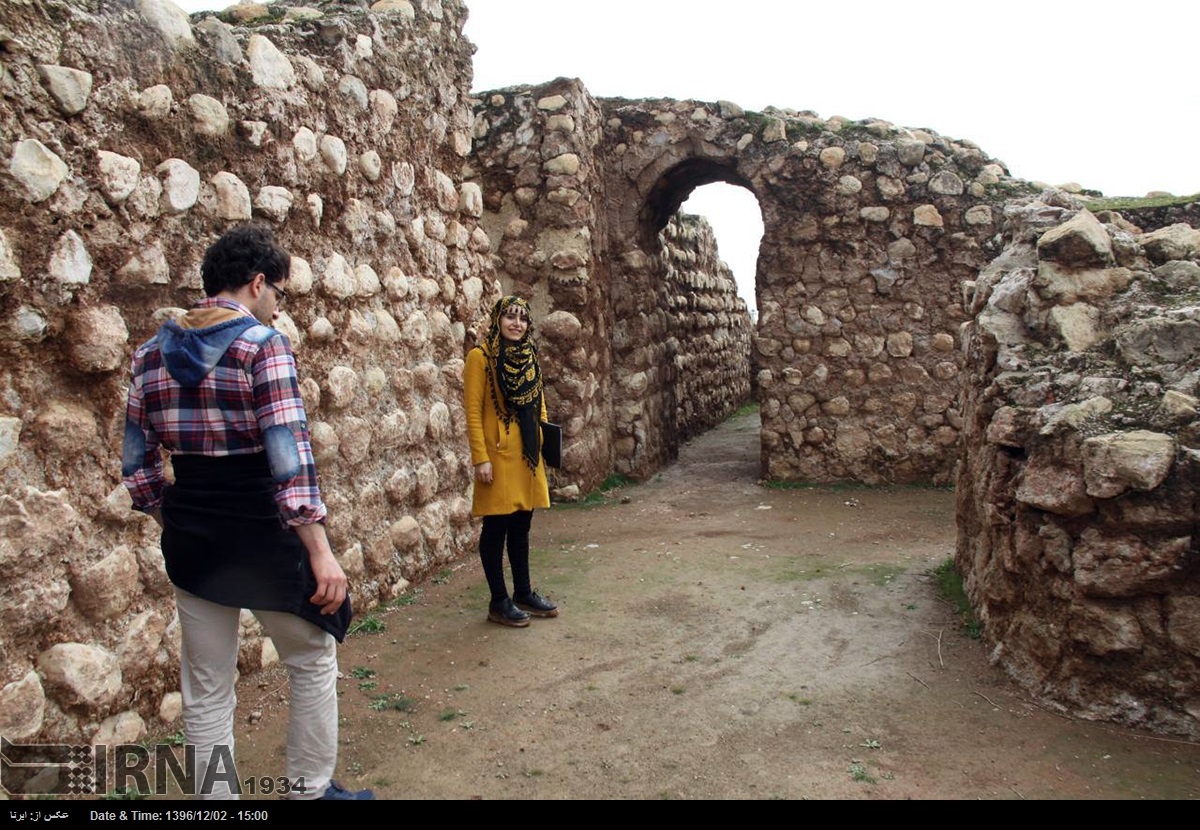