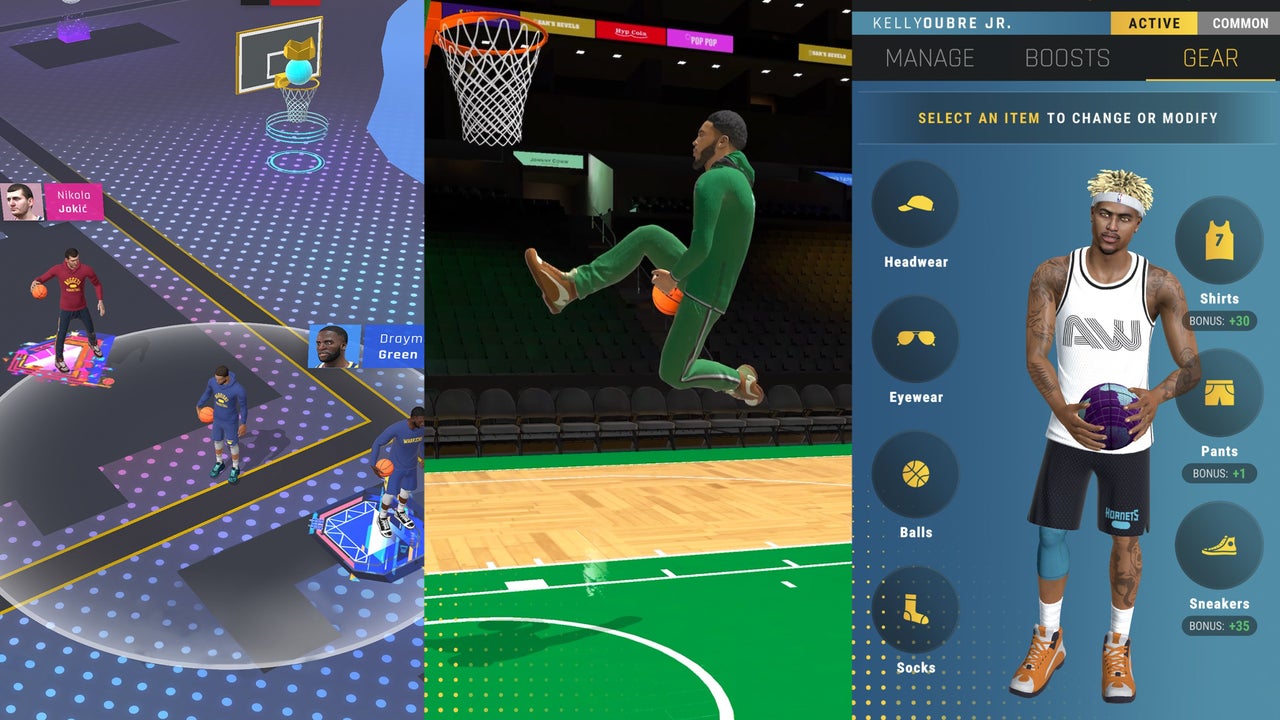 The game visually resembles Pokémon Go, and Niantic has revealed a handful of screenshots (below) alongside a brief reveal trailer. We see the player meeting Nikola Jokić and Draymond Green.

PokéStop-equivalent game locations will be found at basketball courts and sporting goods stores, among other places, and players can purchase new items and upgrades for their NBA or blacktop games, or simply cosmetic items to spruce up their avatar.

The likes of Stephen Curry and Jayson Tatum can also be seen outside of the main world map, likely showing this game’s version of Pokémon Go’s Gyms, where players “battle” against NBA stars in matches. of basketball. Marcus Matthews, who worked on the first NBA 2K and is lead producer for NBA All-World, said in a blog post that “Niantic has worked hard to forge a new kind of sports game”.

NBA All-World “mixes the real world with one-on-one basketball action, collecting, fashion and more,” he added. “Our development partner in Orlando, HypGames, has leveraged their expertise in sports gaming to deliver a fantastic experience that will appeal to both casual and basic hoops fans.”

NBA All-World is set to release alongside the 2022-23 NBA season. Players can pre-registration for a chance to play the game before its full launch.

The game is certainly a far cry from traditional basketball games. The mainline NBA 2K franchise aims to simulate the professional basketball experience, while NBA 2K Playgrounds is more chaotic and arcade fun.