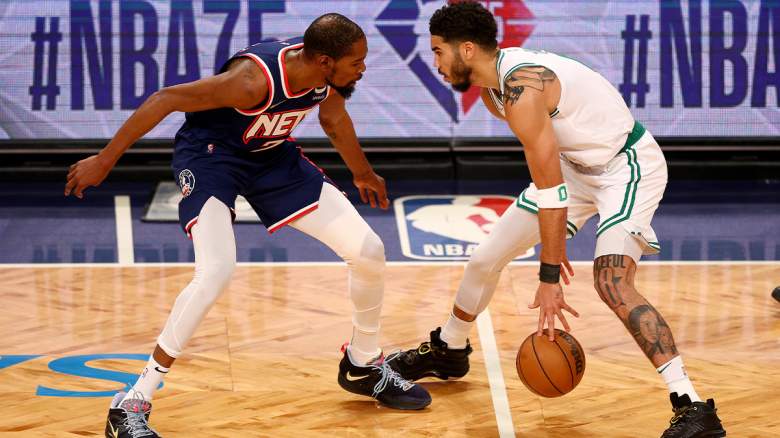 With the Brooklyn Nets sitting at home watching the Boston Celtics, the team that knocked them out in the first round, play in the NBA Finals, it looks like fans have plenty of free time.

It’s not exactly a closely guarded secret that the 2013 Nets-Celtics trade that landed Brooklyn’s Paul Pierce and Kevin Garnett ended up landing a star pair in Boston. Draft picks sent in that trade turned into Jaylen Brown and Jayson Tatum, players who flourished with the Celtics.

While many fans have moved on as this trade happened almost a decade ago now, there are still plenty of people pointing out that the Celtics are on the verge of winning a championship because of it so that the Nets haven’t come close.

One fan went so far as to edit former chief executive Billy King’s Wikipedia page to criticize the trade.

When important people have their Wikipedia pages changed, the changes are usually rolled back fairly quickly, but that’s not the case here. First reported on Reddit by user LinuxUbuntuOS on June 1, the changes to the page are still active as of this writing.

“As general manager of the Nets, King’s NBA legacy was hurt by a series of oft-criticized trades that were considered among the ‘worst in league history,'” his statement read. page.” It was later discovered that King had in fact been hired by the Celtics as an undercover scout with the intention that he would give the Celtics several unprotected 1st round picks in hopes that they would form a dynasty. It made sense to King because he had a natural hatred for the Nets franchise. It turned out to be a home run for both sides, as two of those picks were used to draft stars Jayson Tatum and Jaylen Brown, with another pick being used in a 2017 trade to acquire Kyrie Irving. It is said that if the Celtics are able to win a championship, the Celtics will build a statue of Billy King right in front of the TD Garden, putting him up there as one of the best front office executives in Celtics history.

Clearly, King was never an undercover agent during his tenure as Nets GM, but it shows fans still hold him accountable for how the trade has gone down.

GettyBen Simmons will help the Nets.

While things obviously didn’t go the way the Nets expected with this trade, there’s really nothing that can be done about it right now.

Both Brown and Tatum are among the best players in the NBA, and the 2022 playoffs may have been what ultimately launched Tatum into stardom. Both think they’ve been in the league for a long time, so the Nets will have to find a way to deal with them.

Having Kyrie Irving, Kevin Durant and Ben Simmons is certainly a good start, but it’s clear that they will need a little more help to overcome the difficulty. Finding a healthy Simmons is the first step, but they can’t stop there.