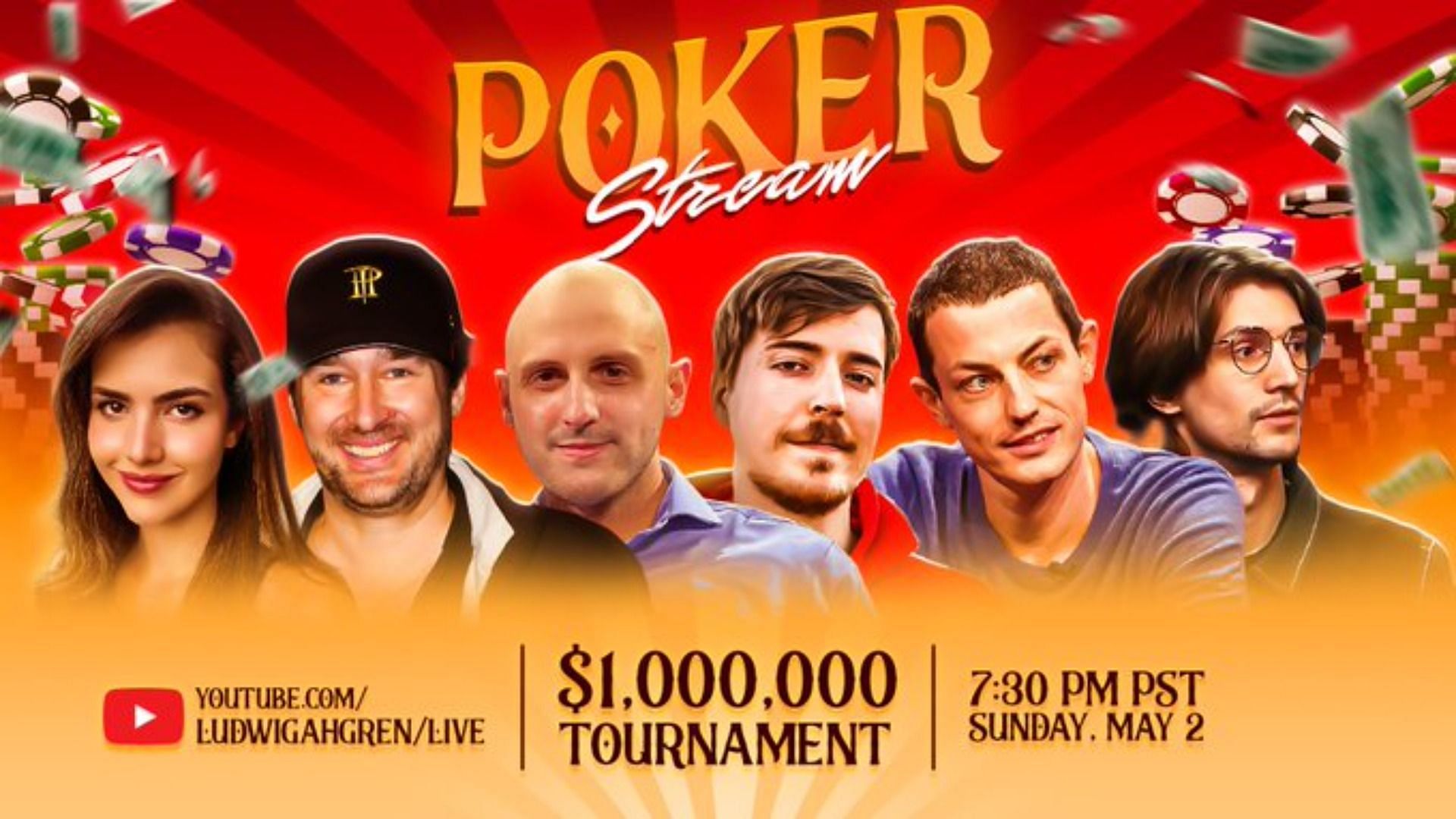 MrBeast recently reacted to an announcement made via Twitter for the event which invited many famous names from the streaming community. He dubbed the event the “greatest designer poker tournament” of all time.

The event is scheduled to take place today, May 1, at 7:30 PM PST/10:30 PM EST and will be streamed live on Ludwig’s YouTube channel. Since the announcement, many streamers and fans have tweeted their excitement for the poker event.

MrBeast has claimed that he will win the poker event that will be hosted by Ludwig today. He was brimming with confidence as he tweeted to his fellow contestants that he was going to take home the “free $’s” from the event.

Ahgren’s announcement also showed that the winner of the tournament could take home $1,000,000 in prize money. The event itself features a star-studded lineup with many prominent names from the streaming world taking part.

The poker tournament was well received by the Twitterverse. Jimmy started by talking to his opponents in response to the announcement of the event. He called Tom, saying he would easily beat the pro player.

However, his close friend Chandler Hallow had none of it as he called out the YouTuber laying out how he beat the streamer the last time they played poker.

The YouTube megastar also got a funny response from fellow compatriot Botez. She joked that he’s always on the side where he’s the one giving big bucks for his outlandish videos.

His fans were very impressed with his new villainous approach ahead of the tournament. They jumped on board and enjoyed trash-talking with him.

Many others also expressed their excitement for the event by tweeting in response to Ludwig’s announcement.

Some showed their support for their favorite players in the tournament.

Many fans couldn’t get over the fact that Ludwig got the date wrong on his announcement poster. The YouTube streamer apologized for the error and clarified that the event will indeed take place on May 1.

IT’S TOMORROW MAY 1ST MY B

IT’S TOMORROW MAY 1ST MY B

It’s safe to say this is going to be an exciting event. It will be interesting to see how some of the biggest streamers fare against the stars of professional poker in such a massive event.