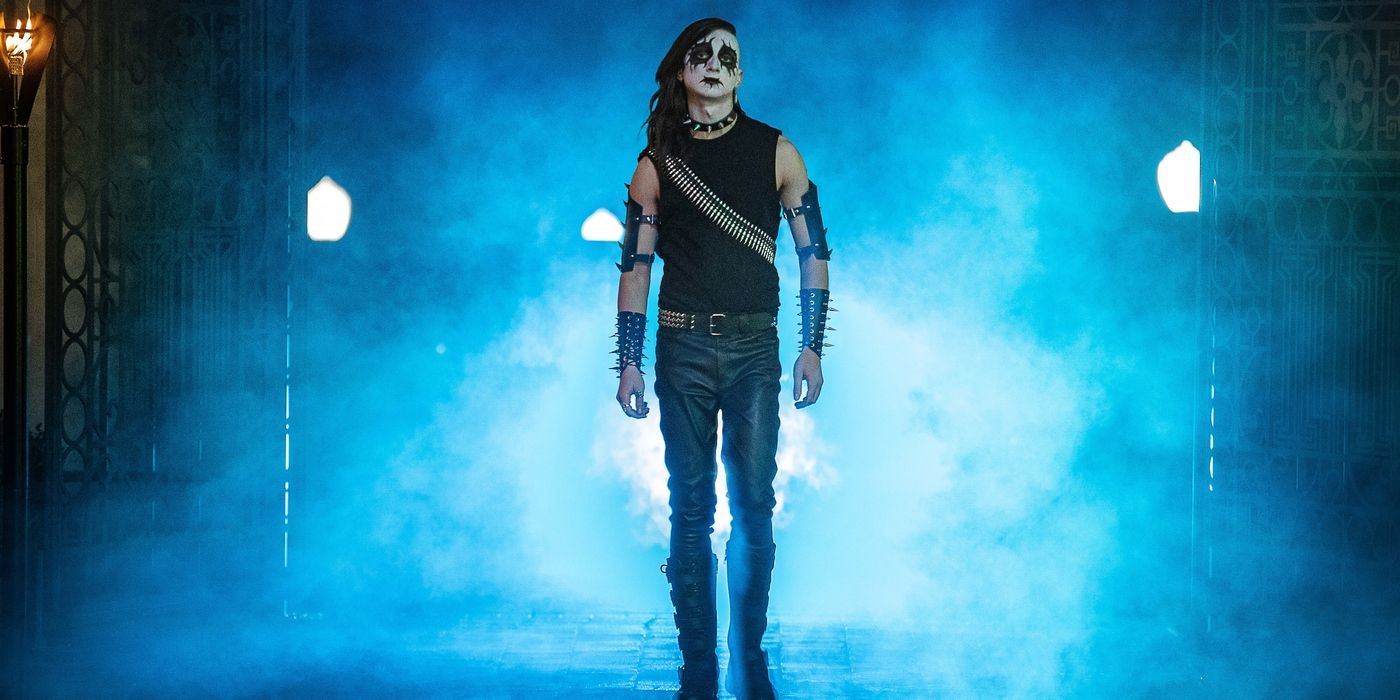 The vastly underrepresented (and often putrepresented) the heavy metal community can rejoice in early April. metal lordsthe musical written by The iron Throne Creator DB Weiss finally got its first trailer, and it looks like the cast have embraced their metallic attitude for a fun, loud ride.

The Netflix movie follows a group of kids who decide to start a heavy metal band in order to make history during the lame Battle of the Bands. The trailer reveals a high school setting we all know, but with a twist: the only two kids who love heavy metal are trying to recruit members for their band, and that means convincing others that this genre of music is just as good. than any other. Luckily for them, one of the potential members certainly has the heavy metal attitude they’re looking for.

COLLIDER VIDEO OF THE DAY

The trailer also reveals the fact that metal lords could play as a school of rock in a way, but this time with the children learning the craft and the history of the musical style they have decided to adopt. The question is, how will their parents take it? We’ll have to wait for the ultimate showdown at the Battle of the Bands to find out.

metal lords is led by Pierre-Solletwho is no stranger to telling stories of children obsessed with obscure musical styles: he also directed Nick and Norah’s Infinite Playlist, which had teenagers looking for a special, secret gig from an indie rock band. The screenplay is written by six-time Emmy winner Weiss, who not only rose to prominence for developing and writing HBO The iron Thronebut is also attached to adapt the high-profile sci-fi series The three-body problem for Netflix. The cast of metal lords features Jaeden Martell, Isis Hainsworth, Adrian Greensmith, Noah Urrea, Analesa Fisher, michelle croc, Phelan Davis, Brett Gelman, Sufe Bradshawand Joe Manganiello.

metal lords premieres on Netflix on April 8. Check out the trailer below:

And check out the official synopsis for the film here:

Two kids want to start a heavy metal band in a high school where exactly two kids are interested in heavy metal. Hunter (Adrian Greensmith) is an avid metal fan — is there anyone else? — who knows his story and can shred. His dream in life is to win the next Battle of the Bands. He hires his best friend Kevin (Jaeden Martell) on drums. But with classmates more interested in Bieber than Black Sabbath, finding a bassist is a struggle. Until Kevin catches Emily (Isis Hainsworth) killing her cello. The ragtag team must deal with school, parents, hormones, and teenage angst while trying to get along long enough for Skullf*cker to win the battle of the groups.

From ‘Moonlight’ to ‘Lady Bird’: The 7 best coming-of-age movies A24

Erick Massoto is a Brazilian writer who has always loved film and television and is obsessed with making lists. He can also name around 700 Pokemon and Digimon off the top of his head, but sadly no one has ever asked him to.

Sign up to the Collider newsletter for exclusive news, features, streaming recommendations and more