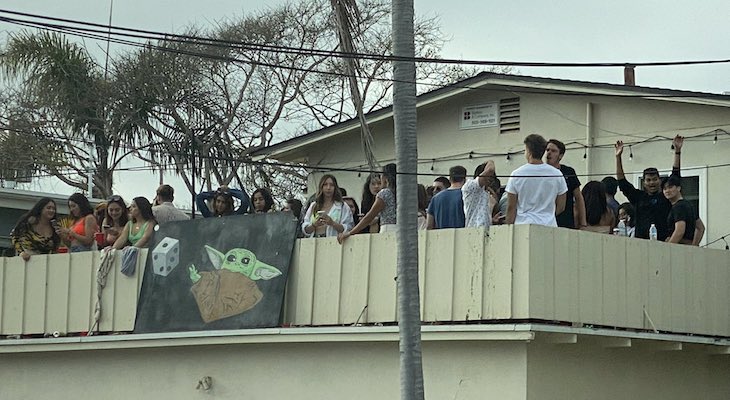 During this period, the sheriff’s office had a total of 34 citations issued and 4 arrests. A breakdown of charges is as follows:

Crowds were the largest on Saturday, and significantly higher than the past two years during the Covid-19 pandemic. The majority of attendees were concentrated in residences along the ocean in Del Playa. The sheriff’s office worked with county firefighters and county air support to assess the safety of these party venues and was prepared to help evacuate patios they deemed unsafe. During the same period, there was an increase in emergency medical calls, the majority of which were for acute alcohol poisoning, resulting in the medical response being shifted to a triage system in the Isla Vista area. Deputies helped firefighters and medics respond to calls and clear roads for entry and exit. Medical calls began to decline just before the outdoor festival ordinance came into effect at 6 p.m. The majority of residents complied with the order and turned off their music by 6 p.m.

The Sheriff’s Office would like to express its gratitude to our many community partners and first responders from Santa Barbara County Fire, American Medical Response, Alcoholic Beverage Control, University of California Police, and California Highway Patrol who participated in the ongoing effort to keep celebrations in Isla Vista safe and local.

The total number of calls from Friday and Saturday is 6 arrests, 40 citations, 18 reports and one traffic accident, according to the sheriff’s office.

Sunday afternoon activity appeared to be an afternoon with locals and normal levels of service calls.

More information will be added as it becomes available.

The annual unauthorized event known as Deltopia in Isla Vista draws large crowds this weekend as reports of arrests roll in.

The sheriff’s office said Saturday was much busier and first responders were inundated with medical calls for service in Isla Vista and moved into a triage system for medical emergencies at 3:30 p.m.

“These are associated with heavy crowds in Isla Vista for the unsanctioned beach party known as Deltopia. Many balconies are overcrowded,” County Fire Captain Daniel Bertucelli said.

By declaring an MCI, first responders and hospitals are able to more efficiently triage and transport multiple patients to different hospitals.

Details on reported medical emergencies are not yet available. This is a developing story. 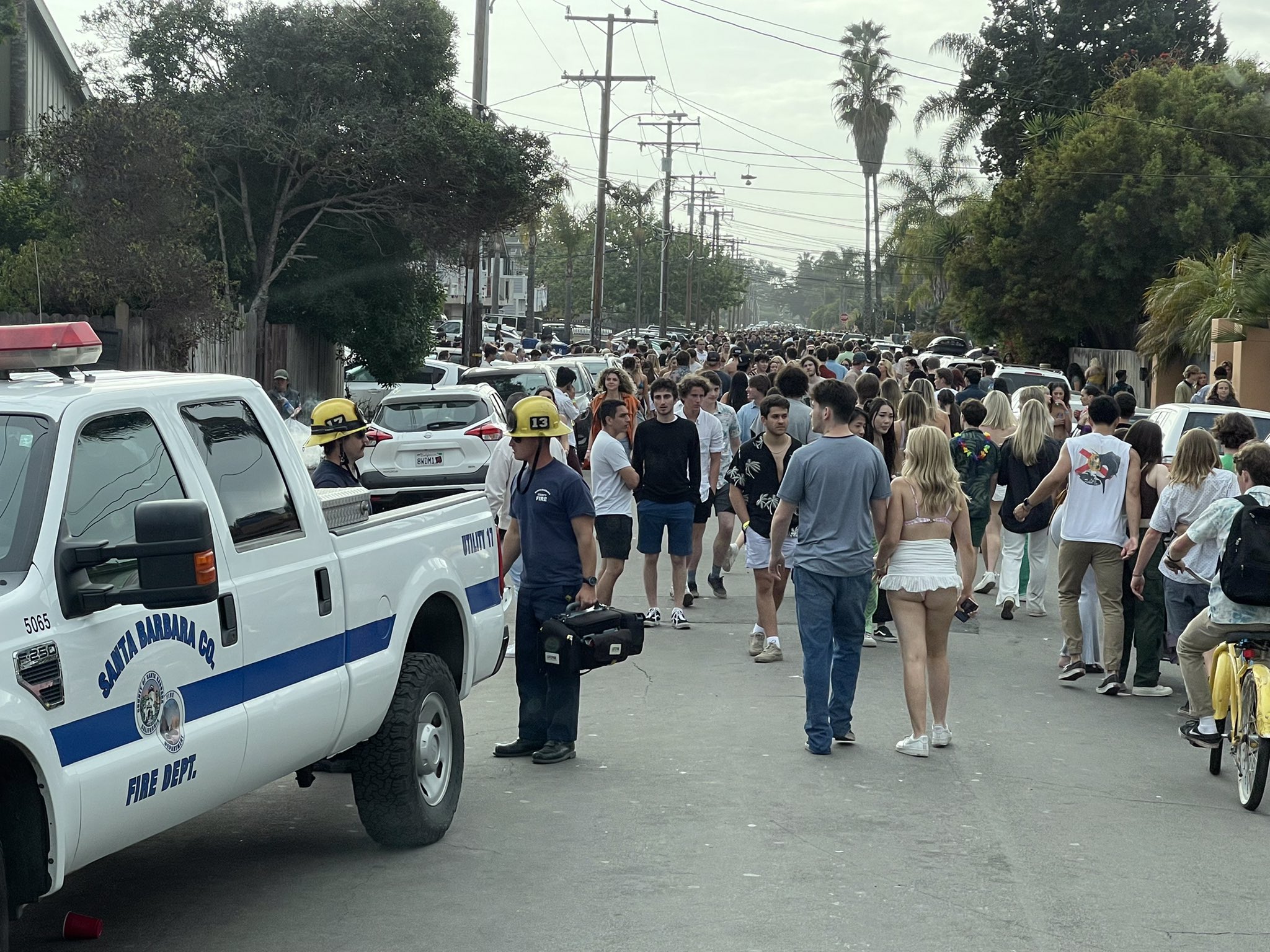 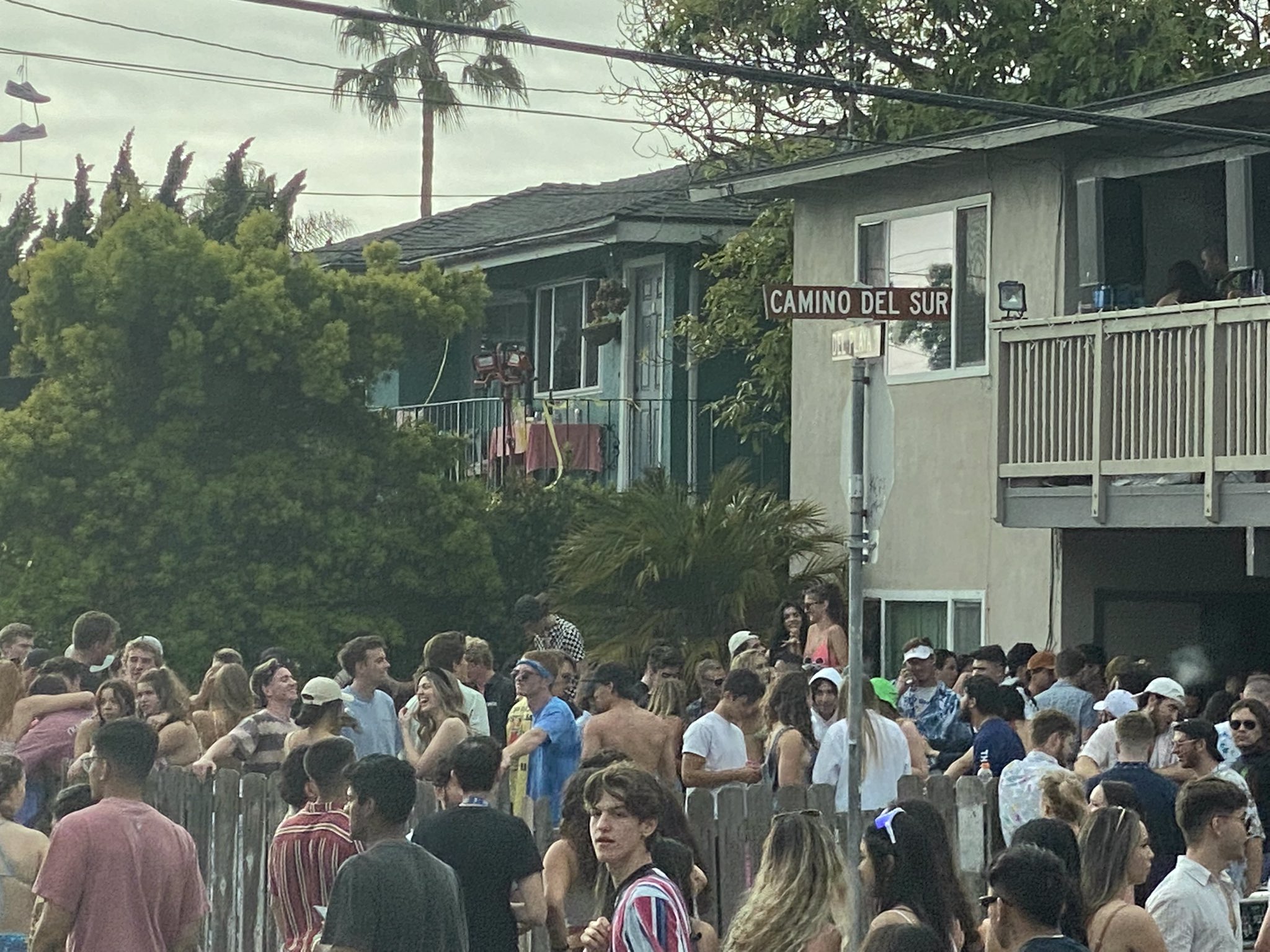