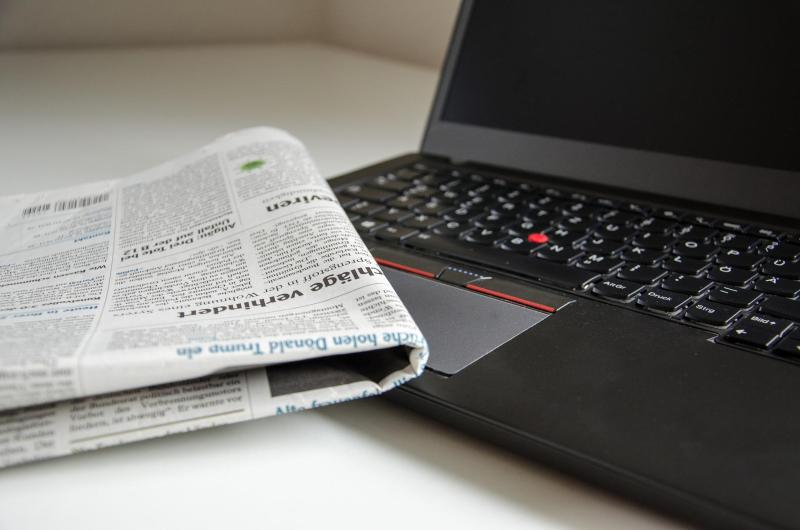 Cyprus is one of the EU countries with the highest percentage of Internet visitors who use it to read online news sites, newspapers and news magazines, according to data published by Eurostat, l statistical office of the European Union.

In 2021, 89% of all people aged 16-74 in the EU said they had used the internet at least once in the three months preceding the survey date. According to the same data, 72% of these European Internet users aged 16 to 74 said they had read online news sites, newspapers or news magazines during this period.

Some other indicative uses of the Internet that were among the options offered to respondents in the survey were sending and receiving emails, phone or video calls, social media use, education, accessing a wiki, watching TV or listening to the radio, playing or downloading games, and streaming or downloading videos.

The percentage of Internet users in Cyprus who read news online in 2021 was 89%.

This percentage marked an increase of 16 percentage points (pp) compared to 2016 when the share was 73%.

At EU level, the percentage of internet users reading news online increased by 2 points over the same period.

Among EU Member States, the highest percentages of internet users reading news online were recorded in Finland (93%), Lithuania and Czechia (92% each) as well as Croatia and Greece (90% each).

People with high formal education (85%) were generally more likely to use the Internet to “read new online news sites/newspapers/magazines” than those without such education ( 57%).