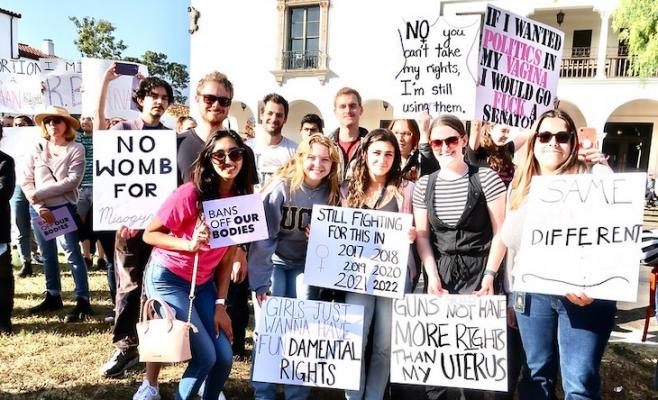 Update and photos by Marian Shapiro
May 4, 2022

In response to the leaked Supreme Court statement that said Roe v Wade would be overturned, a rally was held by Planned Parenthood and the SB Women’s March on Tuesday, May 3. -years, filling De la Guerra Plaza at 5 p.m., including many elected officials and candidates.

My photos from the Pro-Choice rally are here: https://cop.kr/s/aHBqjzNfBt (including some in the slideshow above) 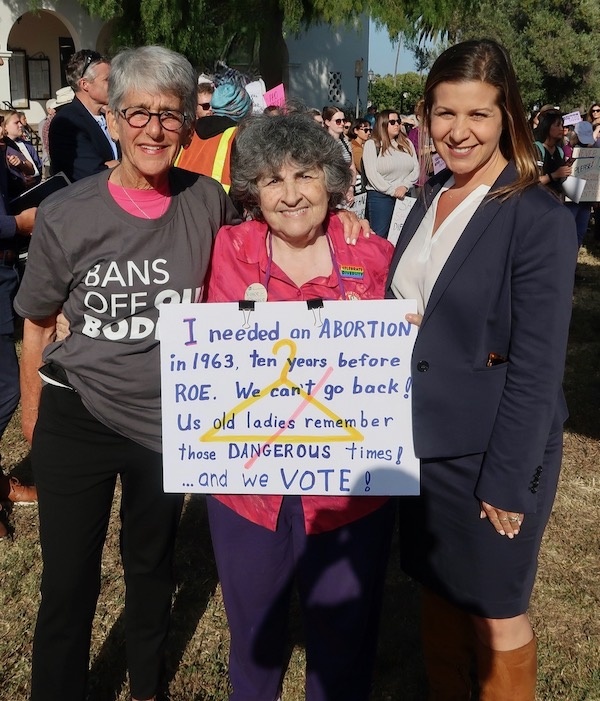 Rally – Stand up for abortion rights

U.S. Supreme Court Could Overturn Roe v. Wade. The notice leaked yesterday is a draft notice, not the final notice, and abortion remains legal (at this point).

However, this draft notice will be DEVASTATING for the abortion rights of over 36 million people across our country.

We gather at De La Guerra Plaza in Santa Barbara at 5:00 p.m. to defend our rights! Extract below from MoveOn.org:

Today we show up to say abortion care is healthcare and #BansOffOurBodies!

These protests are gathering quickly. Across the country, people will gather in federal courthouses and other federal buildings, city halls, public plazas and community outdoor spaces. Due to the short turnaround, we don’t have details for every local event, and most won’t have official hosts or schedules. Instead, it’s just a natural outpouring of energy as we show up to stand up to attacks from right-wing judges and Republican politicians and demonstrate that we will continue to fight to ensure abortion is safe, legal. and accessible to all who seek it.

The vast majority of Americans believe abortion should be safe, legal, and accessible. We’re showing up before the right-wing Supreme Court justices finalize a decision. We are standing to call on elected officials – in Congress and in state chambers – to take all steps to codify the right to abortion.

And we’re showing up so people who want and need abortions and abortion providers know they’re not alone — we’re in this together.

Over the next few days, weeks and months, we will continue to introduce ourselves. We will lobby lawmakers and the Supreme Court, we will support abortion funds and abortion providers. We will share information on how people can access reproductive care. We will show up in larger numbers and larger gatherings if necessary.

Today, whether it’s five people or 50 people at your local event, it’s important that we make a public and visible show of support, declaring abortion healthcare and #BansOffOurBodies .