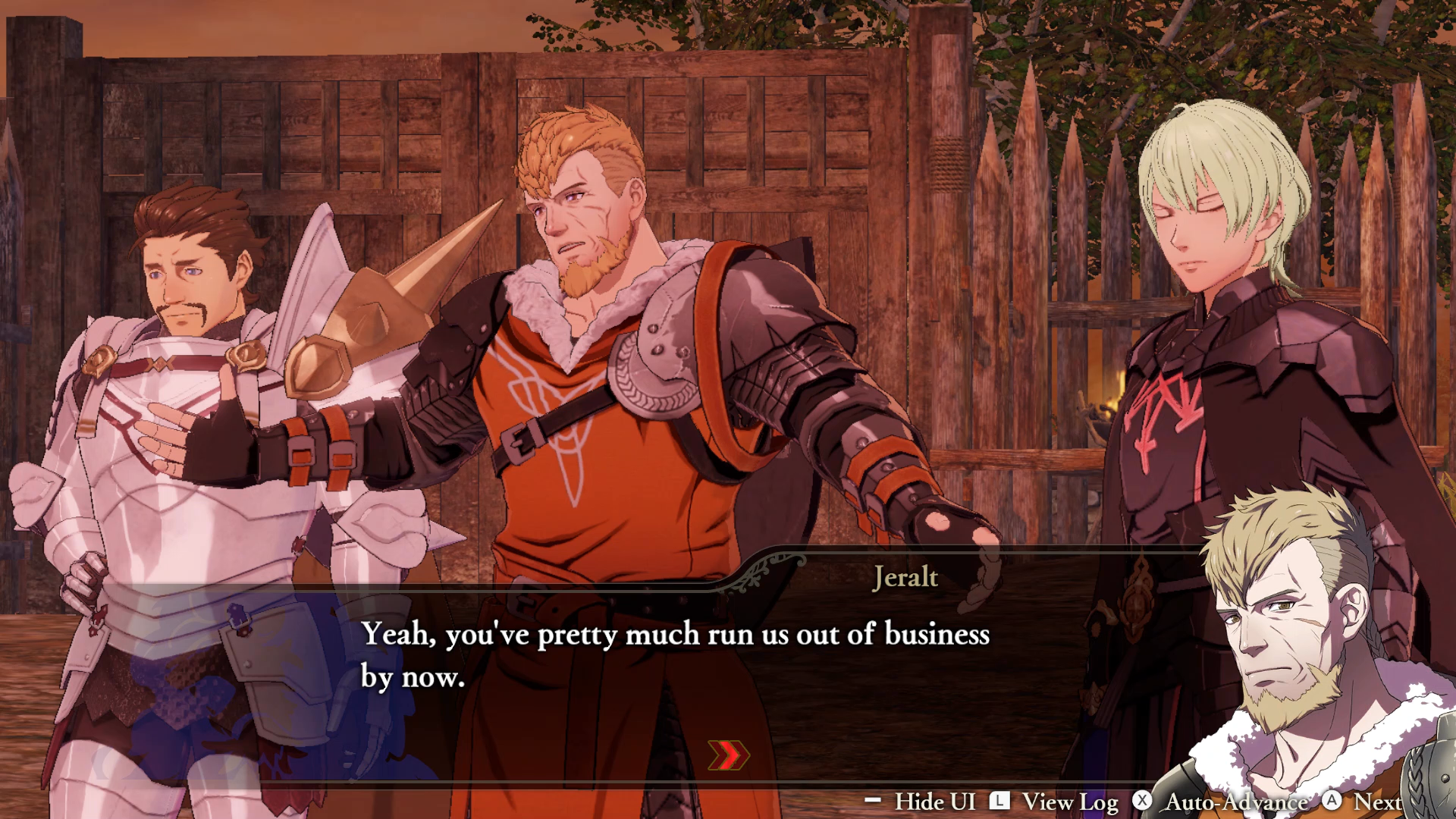 Fire Emblem Warriors: Three Hopes features 54 playable characters! Our wiki guide page focuses on how to unlock and recruit Byleth, the Ashen Demon. This also unlocks and adds Jeralt, the Bladebreaker, to your army. For more on recruiting other characters, check out our guide, How to Unlock Every Character in Fire Emblem Warriors Three Hopes.

Byleth, known in this game as Ashen Demon, is a rival in every scenario in Fire Emblem: Three Hopes. However, it is possible to recruit them as an ally in your army. The method of recruiting them varies greatly depending on the scenario you are playing. Unlike the other characters you recruit, they are not recruited by persuading them into battle.

It should be noted that if you recruit Byleth you will also recruit Jeralt and even Alois will join your side.

Whether or not you recruit Byleth will determine if you get the “correct” ending to the story. If you fail to recruit Byleth, Chapter 14 will be radically different and lead directly to the final chapter (which skips Chapters 15 and 16). The final chapter will still play out the same way, but the final narrative of the final summary will be darker. This applies to all three stories, Golden Wildfire, Scarlet Blaze, and Azure Gleam.

How to recruit Byleth and Jeralt in Golden Wildfire

In Golden Wildfire, Byleth can be recruited during the “Ambush Against the Federation King” battle. This is the only battle in the chapter. Here’s a quick summary of what you need to do, but for a more detailed guide click here or check out our Golden Wildfire – Love and Lost Chapter 10 Walkthrough.

At some point in the battle, Claude will venture north to reconnoitre the area. Once there, he will spot Byleth and retreat to the home port. Byleth will then start heading towards Claude. You should avoid fighting Byleth and instead focus on clearing Claude’s path. Defeat all enemies in Claude’s path before Byleth reaches him.

Once Claude has arrived at home base safely, Arrow Fortress will open up in the northwest corner. Byleth will immediately attempt to return to Arrow. You must defeat Fleche before Byleth reaches him. This will end the battle and make Byleth and Jeralt your army.

How to recruit Byleth and Jeralt in Scarlet Blaze

In Scarlet Blaze, Byleth can be recruited in the final battle of Chapter 10, “Subjugation of the Western Kingdom”. Here’s a quick summary of what you need to do, but for a more detailed guide, click here to see our Scarlet Blaze Chapter 10 – Shifting History walkthrough.

At the start of the battle, you must avoid killing Baron Mateus. Instead, you must force him to surrender by seizing the strongholds around him.

After successfully shielding the Engineers and using the Resonant Lighting, Alois and Byleth will spawn next to Rodrigue. Byleth will then move west to the next stronghold. Once the eastern side of the battlefield becomes accessible, Baron Mateus will trap Byleth in a fortress.

How to recruit Byleth and Jeralt in Azure Gleam

After defeating the first group of generals at the start of the battle, take a short break. Wait for the Locate Ambush prompt to appear. Once you run the strategy, it will reveal which fortresses contain ambushes. These are the ones you should avoid. Follow the path through the safe fortresses to reach Randolph’s base in the northwest corner. Be sure to assign all of your other units to follow, so none venture into one of the wrong strongholds.

Next: How to unlock Arval

Check out the trailer for Avatar: The Waterway, the next movie starring Zoe Saldana, Sam Worthington, Sigourney Weaver, Stephen Lang, Cliff Curtis, Joel David Moore, CCH Pounder, Edie Falco, Jemaine Clement and Kate Winslet . More than a decade after the events of the first film, Avatar: The Waterway begins to tell the story of the Sully family (Jake, Neytiri and their children), the troubles that follow them, the struggles they do to keep each other safe, the battles they fight to stay alive and the tragedies they endure. Avatar: The Way of Water, directed by James Cameron, will be released in theaters on December 16, 2022.

The Last of Us: Pt I Remake Vs. Remaster | Side by side comparison