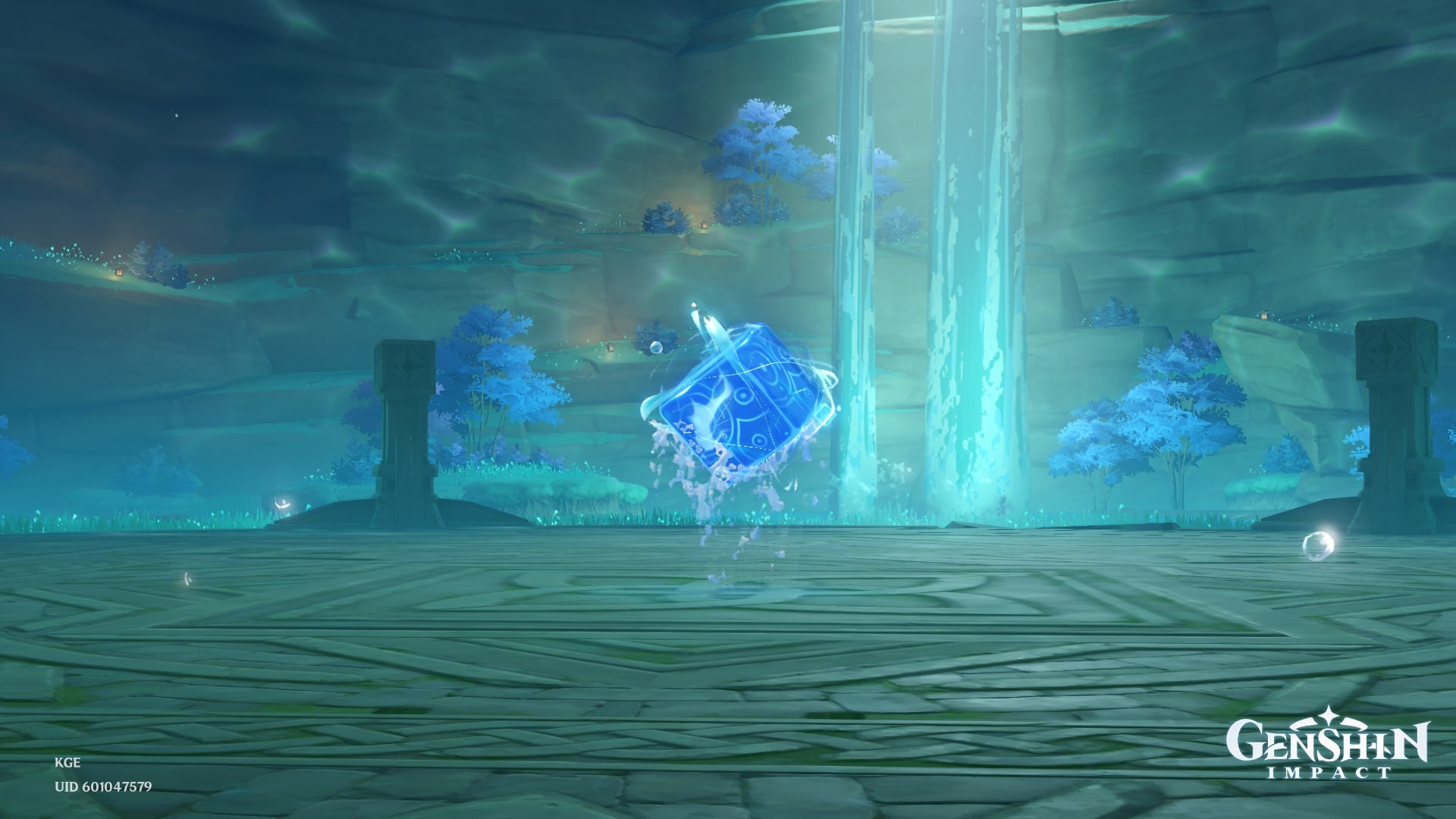 There is now a hypostasis for each element, and while they present similar challenges, they cannot all be defeated in the same way. If you have any issues with this pattern, we’re here to help. Here is a guide on how to get to Hydro Hypostasis and beat it in Genshin Impact.

How to get to the hydro hypostasis

First of all, this boss is actually hard to find even though it’s clearly marked on the map. It appears to be floating on the ocean, but it is actually in an underground / submarine cave in the Suigetsu Pool area on Watatsumi Island. This is the exact place on the map where the entrance to the cave is:

Look for a waterfall near the shore that descends below the ground. It will be slightly hidden by a cliff and a few plants, but it should look like this place in the image below:

You should have a little idea of ​​what to expect if you’ve fought previous Hypostasis bosses. This one summons other enemies, uses large AOE attacks, and can heal itself as well.

It goes without saying, but don’t use Hydro for DPS here. Instead, choose Cryo, Pyro, or Electro characters to deal with the Hydro shields enemies will have. Aim here to trigger elementary vaporization, freezing or electrocharging reactions.

Some of the best DPS options to take advantage of these reactions are Ayaka, Hu Tao, Ganyu, Diluc, Yoimiya, Keqing, Razor, and Yanfei. Characters like Diona, Qiqi, Bennett, and Xinyan can also create shields and / or heal while eliciting reactions. Barbara and Kokomi are also working here strictly for healing. There are a lot of options for this one.

Hydro Hypostasis usually attacks with a huge splash that deals damage if you get too close. Every time he transforms into dolphins, a big splash happens. Dolphins will dive either directly at you or nearby to block your movement. Just run away while they’re in the air to avoid damage.

The boss will also split into two separate mud-like water droplets – a darker one that travels towards you to explode and a lighter one that sends healing orbs to the main body. Use elemental attacks to destroy the darker one before it explodes to expose the Hypostasis core. you can also intercept the healing orbs to use them for yourself, or destroy the drop of light in the same way as the dark.

Apart from these movements, the Hydro Hypostasis will also cause devastating rains that will randomly fall on the platform, transform into a vortex like the Pyro Hypostasis, and even summon large rolling waves that start from the perimeter of the platform. and move inward.

After almost every attack, the boss’s core will be exposed and this is your chance to deal high elemental damage through reactions, especially during / after the attack when he surrounds himself in a ring while staying still, much like the other Hypostasis bosses.

Once you’ve dealt enough damage, the familiar little Hypostasis healing mini-game begins. Three water droplets will start at the edge of the platform and slowly move towards the boss to heal him. Destroy all three with Electro, Pyro, Cryo, Anemo or Geo attacks to end this boss fight.

Also make sure to do this part quickly, as the fight continues if the boss is healed by just one of the water droplets.

That’s all you need to know about how to get to Hydro Hypostasis and beat it in Genshin Impact. Be sure to check out our guide wiki for more tips, tricks, and other boss guides for the game if you need more pointers.