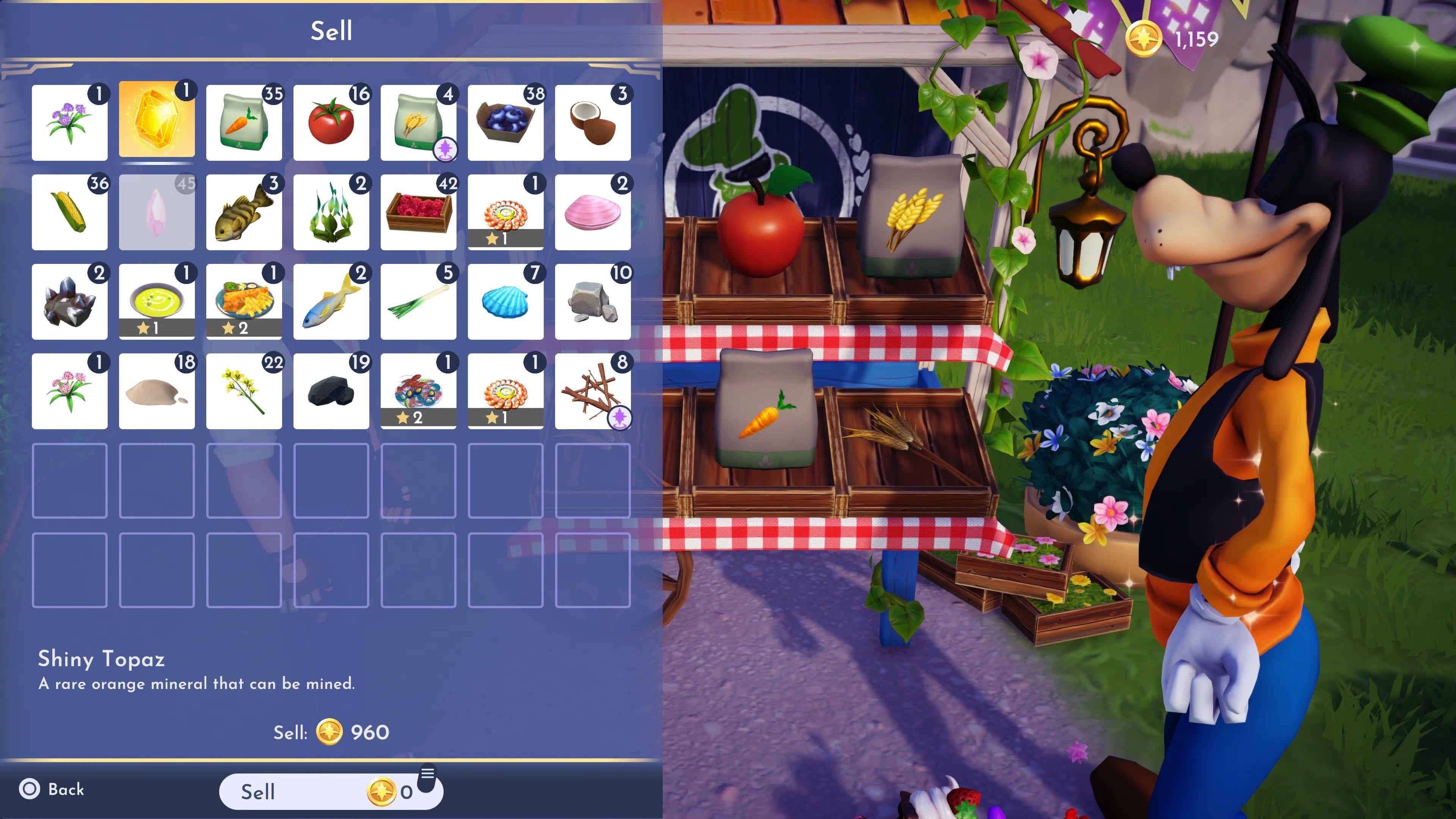 Star Coins are the in-game currency Disney Valley of Dreams that you’ll collect from random activities, as well as what you’ll use to buy and sell gear. Once you have collected enough Star Coins, you will be able to purchase various outfit items, furniture, and various materials.

Now, if you’re looking to buy some of the most expensive items early on, our guide has you covered on How to Earn Star Coins Fast in Dreamlight Valley.

How to Earn Star Coins Fast

While you can naturally grind Star Coins from the various Night Thorns that will naturally respawn over time throughout the Valley, here are some of the most reliable ways to earn Star Coins quickly.

There are various deposits around the valley that you can mine. Some will clearly show gems buried inside, so you can mine them and collect the precious jewels that fall. Many of them sell for over 600 Star Coins, so you can quickly repeat this process once the deposits reappear.

You can make this even faster (and more reliable) by hanging out with a friend. Then, as you build your friendship level with different characters, you can assign them different roles.

Make sure you have assigned a character to Miningand choose “Let’s go together” as the dialogue option.

NOTE: The higher your friendship level with this character, the more effective the following method will be!

If you mine now with this friend, deposits with gems have the potential to drop multiple jewels, and additionally, gems will even have a chance to drop from deposits that do NOT display gems, so you are likely to receive even more!

Another lucrative opportunity comes in the form of fishing. With plenty of fishing spots available in both Peaceful Meadow and Dazzle Beach (both available in the early game), you can continually fish and catch fish that can sell for up to 600-800 Star Coins individually.

This can also be improved if you assign a friend the fishing role and have them hang out with you while you fish, earning extra fish with most reels. There is even a way to automate this relatively early.

Unlock Moana’s kingdom and take her back to the village, and after a few of her quests, a series of quests will eventually appear for her titled “Fix the Boat”.

Complete this quest to create a permanent location on Dazzle Beach where Moana will deliver the fish she catches, up to a limit, which you can then collect and use as you see fit. Then, if you want to sell those fish, you basically have a money-making machine without having to do anything!

Next: How to get a bigger house

Biomutant is available now on PlayStation 5 and Xbox Series X|S, with the new version supporting HDR, faster loading times and running at up to 60 FPS. Check out the release trailer for another look at the action-RPG. If you already own Biomutant on PS4 or Xbox One, you can upgrade for free and transfer your old save files and achievements.

Check out the trailer for John Wick 4, the next movie starring Keanu Reeves. John Wick 4 hits theaters on March 24, 2023.