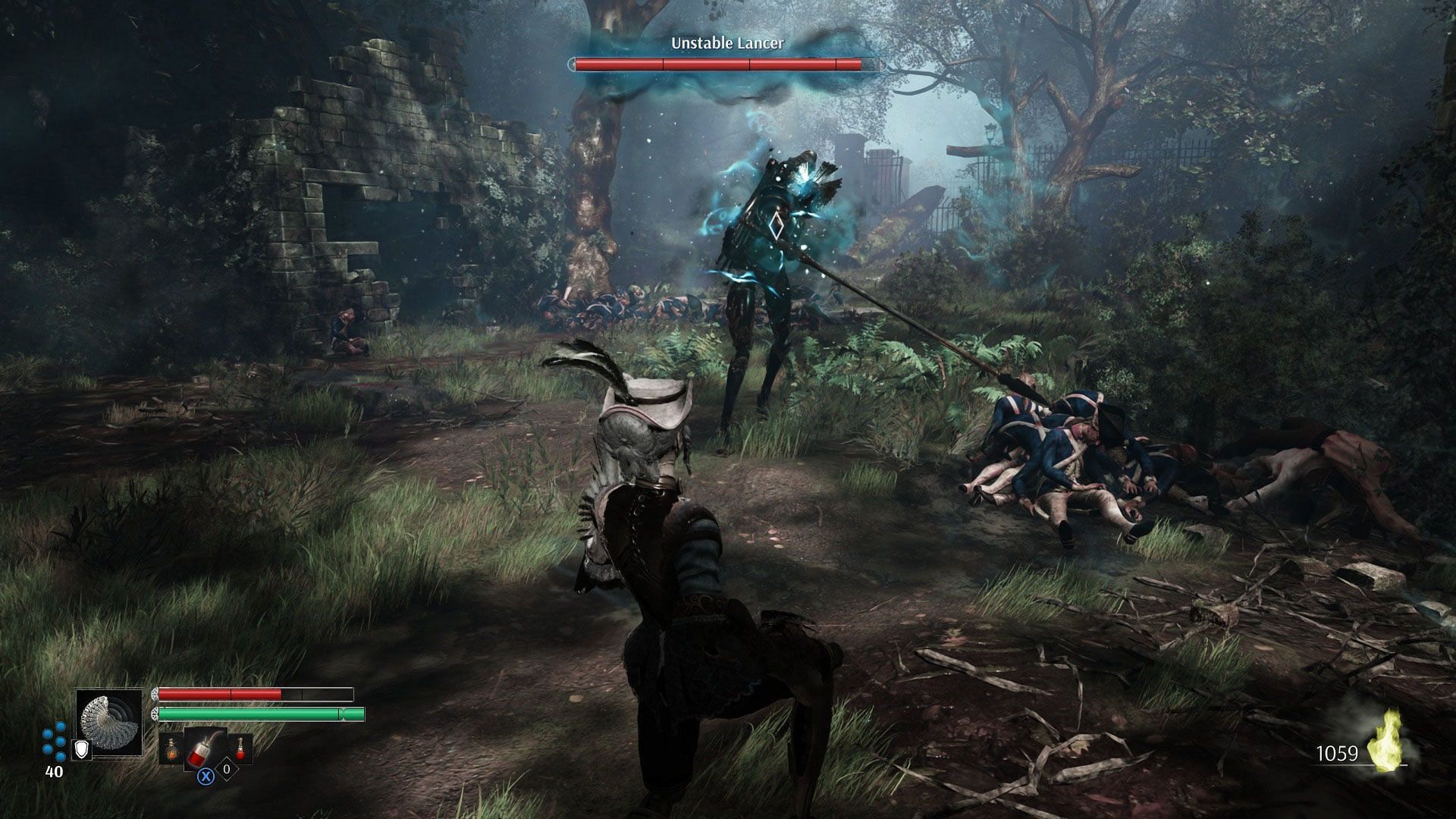 Steelrising is finally available for players. Developer Spiders’ new take on the Souls genre has been making headlines due to its unique storyline and thrilling combat system. The game’s plot involves an intriguing mix of steampunk and history, letting players get lost in the shoes of Aegis, a mysterious automaton, during the iconic French Revolution.

Revisit Paris and its monuments in an epic adventure!

From the Luxembourg Gardens to Bastille, #Steelrise offer a new look at the most emblematic places of the French capital.

Revisit Paris and its monuments in an epic adventure! From the Luxembourg Gardens to Bastille, #Steelrise offer a new look at the most emblematic places of the French capital. https://t.co/miwM24uNgy

Although the story is really engrossing, Steelrising’s main strength is its fights and boss fights. Like any good game inspired by Dark Souls, this title has a good selection of bosses to face. And like most enemies in the game, they are uniquely designed automatons that have gone rogue.

One such unique and truly memorable automaton in Steelrising is the Unstable Lancer, which serves as the game’s first mini-boss. This guide covers where players can encounter the menacing machine and how they can easily defeat it without too much hassle.

Where to find Unstable Launcher in Steelrising

Steelrising’s level design is very similar to FromSoftware’s Dark Souls titles, with huge levels that connect to each other via multiple shortcuts and are separated by bosses that stand guard at the end of each area. Players are free to explore every nook and cranny of these sprawling, beautifully detailed levels at their own pace, finding lore details, secret items, and even mini-bosses to battle.

Aegis’ weapons are an extension of herself in Steelrising ⚔️ Aggressive combat leads to overheating, which players must manage via a cooling system.

Aegis’ weapons are an extension of herself in Steelrising ⚔️ Aggressive combat leads to overheating, which players must manage via a cooling system.

The Unstable Lancer can be found in the very first area of ​​the game called The Gardens.

One thing players should note, however, is that the Unstable Lancer arena is filled with hidden automatons that could be activated if players stray too far into certain sections of the location while fighting the boss. . This can increase the difficulty of the battle tenfold. It is therefore recommended that they stay near the Unstable Lancer.

Even though the mini-boss looks quite lanky with long, slender legs, he packs quite a punch with his spear attacks which are capable of dealing massive damage from an impressive range. Each automaton attack has an appropriate telegraph that players can read in order to dodge or punish with their own counterattacks.

Here are all the attacks the boss is capable of:

The unstable spearman will extend the range of his spear and attempt to attack the player with the weapon. Players should note that there are basically two variations of this attack. The first is long distance, while the second is a move that seems to come from above, similar to pike fishing.

The Unstable Lancer telegraphs its thrusting motion with about a second long spear draw before slamming into players with speed. Ideally, players should dodge it to the left of the boss to avoid these attacks; dashing behind or away from the Lancer also works.

The Unstable Lancer can jump back and chase it with a fast attack. To avoid getting hit by the jump move, players can dodge it to the boss side as soon as it lands.

The mini-boss can sometimes combine its spear strike with a swipe attack. This combo is telegraphed with the automaton’s spear arm going to the side. To avoid this attack, players must quickly rush or dodge behind the Unstable Lancer before it lands.

Other than these few moves, the Unstable Lancer has no other special attacks, which makes it quite manageable once players master the timing.

How to Beat Unstable Launcher in Steelrising

Defeating the Unstable Lancer boss is a fairly simple affair of dodging his lance attacks and attacking whenever there’s an opening. As this is the first boss encounter in the game, players will only have a few items and a beginner level weapon, which requires effective use of its special attack to defeat the boss.

Here are some tips for each class in Steelrising that should help players defeat the Unstable Lancer without much hassle:

The Unstable Lancer is a fairly easy fight once players master Steelrising’s combat system and understand the abilities of the class and weapons they are using.

There’s also a very cheesy tactic for players struggling with the Unstable Lancer boss, which can feel like cheating. This is to retreat from the battle if overwhelmed by the boss. Since there is no mist or barricade blocking the arena, players can easily retreat, heal, and return to battle without the boss having regenerated health.

The revolution has waited long enough. It’s time to RISE to save Paris!

Steelrising is now available on PS5 and Xbox Series X|S.

It will be available on Steam, Epic, and GoG at 6 p.m. CEST.

The revolution has waited long enough. It’s time to RISE to save Paris! Steelrising is now available on PS5 and Xbox Series X|S. It will be available on Steam, Epic, and GoG at 6 p.m. CEST. https://t.co/Au7Pk5jW8y

This method also allows players to trick the Lancer out of his battle arena, tricking him into retreating halfway, leaving him open to damage for a few seconds. This approach may be patched soon as it essentially breaks the first and likely very important boss fight in the game. However, until the developers fix the exploit, it leaves players with an easy way to defeat the Unstable Lancer in Steelrising.

Throughout the history of Steelrising, players will have to face several rogue automatons in order to help the revolution against the king. Interestingly, they’ll also come face-to-face with some of history’s most well-known personalities. As players work their way through the title’s politically charged narrative, they’ll encounter characters like Robespierre, Lafayette, and Marie-Antoinette,