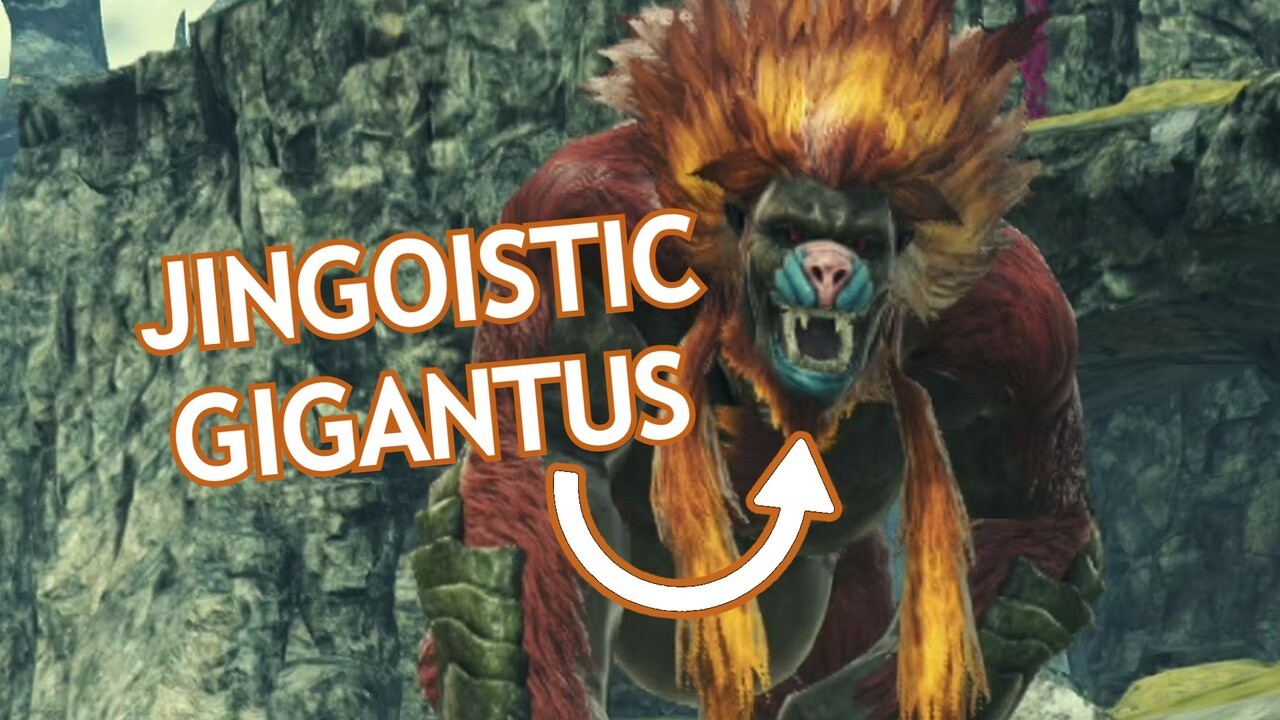 In the magazine business, the back page is where you’ll find all the weird gaffes we couldn’t fit anywhere else. Some may call it “filling”; we prefer “a whole page to make terrible jokes that are tangentially related to the content of the mag”.

We don’t have pages on the internet, but we still love terrible jokes – so welcome to our semi-regular feature, Back Page.

You know, when I was little, monsters had sensible names. Names like “Bowser” and “Ganon”, “Ridley” and “Sephiroth”. Cool mononyms, you know, like Cher and Madonna. They are memorable. Dynamic. Sensitive. If Bowser has a last name, I don’t know it and I don’t want it.

These days you’re less likely to get caught up in a battle with Nemesis or Mother Brain, and more likely to come face-to-face with something called Ceaseless Discharge, a Dark Souls boss that I always have. can’t believe exist. Please don’t name your horrible bosses after bodily fluids! It’s weird!!!

At the same time… i love it. I really do. I love the moment when I walk into a boss arena and the name pops up, and I find out that this huge juggernaut I have to defeat has a name like GERALD THE NEVER-WED, DESTROYER OF SMORGASBORDS. This gives me a sexy little story. A bit of intrigue. I want to know more about Gerald, just like I want to stick a sword in one of his eighteen faces. Why was he never married? Was it because of his propensity to destroy sideboards? Was his bride a buffet? I need to know!

The latest game to use this, shall we say, Tolkienesque approach to naming its monsters is Xenoblade Chronicles 3, which – for the record – I haven’t played yet, as I discussed in the video above with l one of our video guys, Zion. But I have saw a list of something the game calls “Unique Monsters”, and I have to say that may have been what got me into playing the game.

Here’s what I can say about Xenoblade Chronicles 3 since its… interesting naming conventions:

You may have heard the word “petrichor”, the name for the smell of earth after the rain. But have you heard of… petrivore? It is a combination of the Greek “petra”, which means rock, and the Latin “vorare”, to eat. Judomar loves to eat stones. Quality defines Judomar. Apparently he’s a dinosaur boy, with a big mouth to chew on. And you know what they say: you have to work with what your mama gave you, and in this case, it was a big mouthful to bite into. Live your happiness, Judomar.

It absolutely sounds like a sweet but passive-aggressive nickname used in the staff room to describe that very talkative girl in their class. And that’s such a normal name? TRACY? I love that there are freaks named TRACY, like they were born in the 1970s. Sharpwitted Tracy used to have a huge perm and way too many bracelets. Now she runs a public relations company.

I looked up what Unobtrusive Liggy is, and it’s a spider. I like this. Spiders are generally quite stealthy – they build small webs in corners and usually try to stay away unless they get stuck in the bath. However. I can’t forgive the writing and/or localization team for naming a spider character “Liggy”. Like “leggy”. Because it’s a spider. Come on guys.

I don’t believe it’s a monster. It’s an Italian scooter.

chauvinism is not an adjective that I thought I would see one day in a JRPG! I usually hear it almost entirely in the context of Brexit, given that it means “a nationalism marked notably by a bellicose foreign policy”, and although I’m not getting into politics here (it’s a silly article on monsters, man), that’s kinda unusual in a way that makes me wanna know After.

Gigantus actually has a picture on the Xenoblade wiki, and it’s a large orange gorilla-baboon hybrid. I have no idea what he is even chauvinistic. Does he rule a country? Does he have a foreign policy? Why is it important to know that he is extremely patriotic while fighting him? Honestly, I can’t wait to find out.

Kilocorn Grandeps raises an important question: does it have 1,000 horns, like a unicorn has one? Or does he really brag about how much corn he has? Probably the old one. But I hope for the latter.

We’ve all had dreams. Budding Francis dreams of being a real Francis one day. He probably won’t, since it’s your job to kill him. So sad.

They named a Xenoblade monster after… a first century BC Roman poet. Sure why not. No one would mind if your two kids were named Tracy and Catulle, would they?

Catullus – the real, non-monster – is well known for his poetry, which largely concerns his total obsession with his married girlfriend. From time to time, he also writes about other topics, like cool boats, or how he basically hates anyone who’s mean to his poems. It’s fair to say that the man was “sensitive”.

I legitimately can’t imagine a monster with that name.

It sounds like the stage name of a weird clown your uncle has reserved for your birthday party. He smells of cigarettes and divorce.

Are you all looking at Grand Designs? It’s a show in which a kind, exhausted man named Kevin McCloud goes to meet a couple who embark on an under-budgeted and massively over-ambitious housing project, like “what if a house was at the inside a mountain” or “we’re going to build a three story mansion out of nothing but bottles”. Kevin says “that’s a stupid idea”. He then visits them a year or two later, only to find that their house is still just a pile of mud. He then said “I told you so.”

Anyway, I imagine the Househunter Carly fight is like that, except you play as Kevin McCloud and have to beat her by convincing her that £1,000 isn’t enough for a kitchen remodel.

Gombaba is not a monster so much as a friend who cannot be trusted to keep a single secret. Don’t say anything to Indiscreet Gombaba, because the first thing they’ll do is tell the person it’s about. This boss battle I imagine is just catching up with Gombaba over a drink and not giving them any juicy news, keeping the conversation on safe topics like weather and sports instead. Terribly boring.

Take out your D20, throw it twice, here is your Xenoblade Chronicles monster:

Apparently all Xenoblade games are like this. Other freaks include, and I’m not making this up, “Flabbergasted Jerome” and “Musical Vanflare,” which sounds like a fancy term for a really loud car. You could be forgiven for thinking that “Mysterious Barnaby,” “Unreliable Rezno,” and “Final Marcus” were all Beatles B-sides penned by Ringo, and that you should see a doctor if you ever come across a “Soothed Aglovale,” from fear it turns into a “Conflagrant Raxeal”, or worse, a “Peeling Kircheis”.

You know, I might have played Xenoblade Chronicles a long time ago if it meant I could meet someone with the name plump sprahda. I’m just saying.