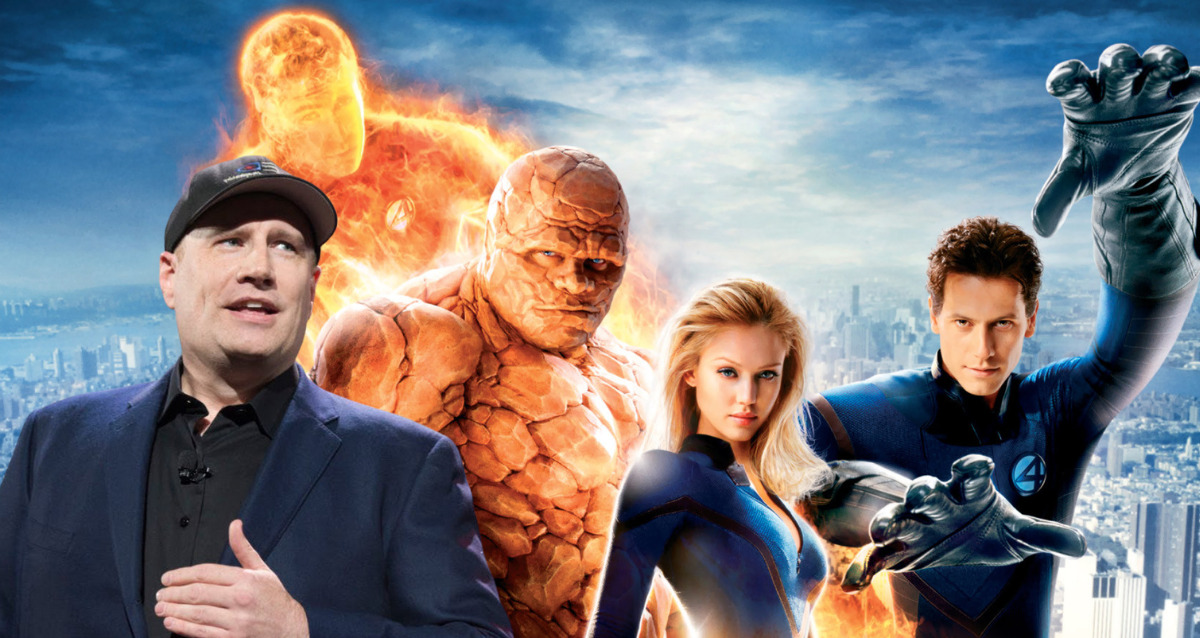 Kevin Feige, head of Marvel Studios, recently discussed the upcoming Fantastic Four movie and how it will differ from previous releases. Little is known about the film now, other than that the legendary quartet of superheroes will be joining the Marvel Cinematic Universe.

The MCU’s Fantastic Four Will Be Different

In 2019, when Disney bought Fox, Marvel Studios got the rights to the Fantastic Four. The film received negative reviews and bombed at the box office. The Hollywood Reporter first reported how the upcoming adaptation will differ from previous efforts: It won’t be an origin story.

Numerous projects, including the upcoming Fantastic Four movie, were mooted during San Diego Comic-Con 2022. Two more phases of movies and shows are in the works at Marvel, with two new Avengers movies making up phase six. Feige also took the opportunity to answer a question that’s been plaguing Marvel fans since Avengers: Endgame premiered in 2019.

While it might seem counterproductive to bring the Fantastic Four movie into the MCU without telling the team’s origin story, the studio has already demonstrated why this isn’t necessary. Kevin Feige recently said the studio is working on something entirely new for fans. Since Marvel’s next project won’t be centered around the origins of the Fantastic Four, a wide variety of approaches to the heroes’ first cinematic outing is now possible.

The Fantastic Four movie, which will kick off Phase 6 of the Marvel Cinematic Universe, is set for release on November 8, 2024. Six movies and six TV shows will premiere by then, providing plenty of time for characters like Mister Fantastic , Invisible Woman, the Human Torch, and The Thing make surprising debuts in the MCU.

Bringing the Fantastic Four into the MCU

Once the MCU’s Fantastic Four movie is done, Marvel will be able to focus more on telling an engaging story and less on introducing new characters. Additionally, if a specific theory regarding Ms. Marvel is correct, Marvel might be tempted to debut the Fantastic Four during Phase 5. Four may appear in The Marvels and other Phase 5 movies and TV series.

There were no unforgettable performances in previous Fantastic Four movies, and surely Marvel wants to get it right this time around. However, Marvel has time to honor previous iterations of Fantastic Four before revealing who will ultimately play those roles, as seen in the appearance of John Krasinski’s Reed Richards in Doctor Strange: Multiverse of Madness. Ahead of their first big adventure together in the Fantastic Four movie in the Marvel Cinematic Universe, it will be fascinating to see where Mr. Fantastic, the Invisible Woman, the Human Torch, and the Thing appear individually.

Ignoring the origin could be a mistake

That being said, ScreenRant thinks it would be a terrible faux pas for a major Marvel franchise to ignore the formation of the superhero team. Spider-Man’s origin tale has already premiered twice, and both films have been well received by critics and fans alike. When the Marvel Cinematic Universe ignored their Spider-Man’s origin in Spider-Man: Homecoming, audiences were glad they avoided watching another example of Peter Parker acclimating to his new abilities and accidentally causing the death of Uncle Ben through selfish acts. .

The only real problem with the Marvel Cinematic Universe’s vision of Spider-Man is that by omitting his backstory, he failed to deliver the same message “with great power, with great responsibility” as the first two. movies in the series. By resetting the plot with a new origin story and not ignoring the defining characteristics of the Fantastic Four, the Marvel Cinematic Universe can avoid repeating its mistake with Spider-Man’s origin with the Fantastic Four adaptation.

Even though the three previous Fantastic Four film adaptations haven’t all managed to properly portray one of Marvel’s most recognizable brands, it’s still worth telling their origin story one more time if it would result in a film that does justice to the source material.