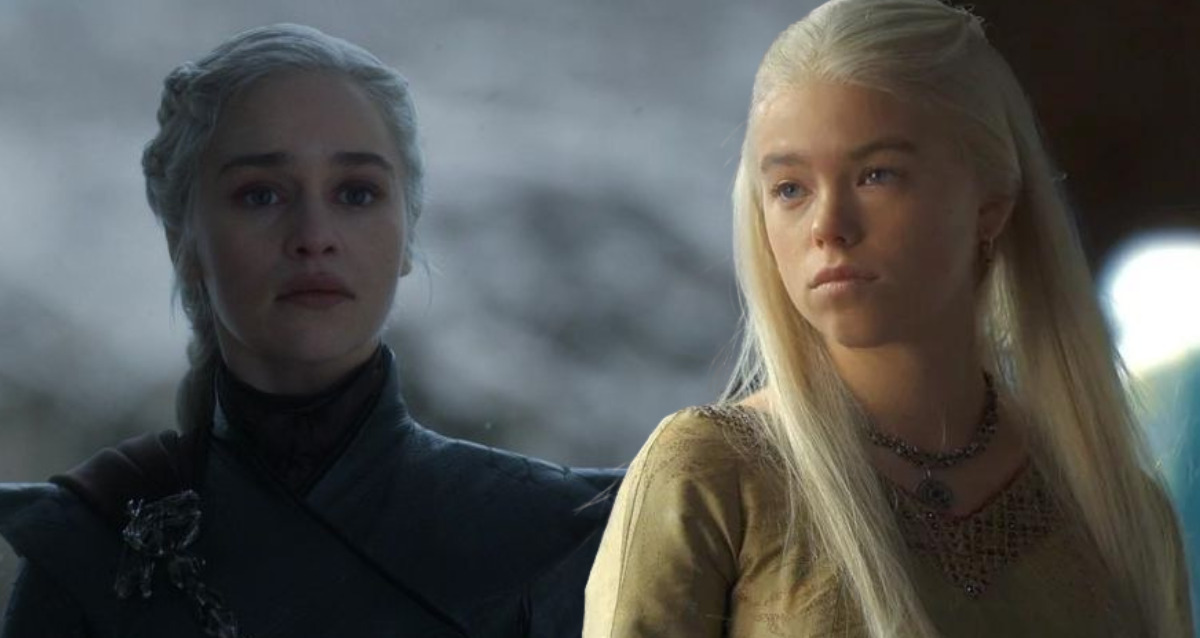 The wait for the Game of Thrones prequel has been very long. Fans mostly didn’t know what to expect from the HBO show after GOT’s final season disaster, but that didn’t kill the hype for this show. The series has already broken the GOT record by accumulating 10 million views on the first episode. However, the season premiere also left us wondering: Will this be the same story under a different name? Let’s dig a little deeper and find out.

This one is a little too obvious but it’s one of the main differences between the two series. Game of Thrones made us wonder what Westeros would look like under Targaryen rule. Fortunately, HBO and George RR Martin listened to our prayers and introduced us to the House of the Dragon. The show is set approximately 200 years before the events of GOT, but it seems like little has changed over the years. Sure, we have dragons that fly and a Targaryen on the Iron Throne, but he somehow felt the same old story of blood, betrayal, and deceit.

A different power struggle (sort of)

The show begins 172 years before the death of Mad King Aerys II Targaryen. In the first episode, it became clear that the fight for the Iron Throne was not something new, but also persisted in Targaryen times. However, the power struggle in the spin-off is different. It’s more personal. It’s a deadly conflict between the Targaryens, who all claim the throne. The creators have already let it be known that they won’t shy away from blood and gore, and at first glance, the violence in HOTD can get more brutal and ruthless than GOT.

As Game of Thrones was set in a larger setting encompassing the various houses of Westeros for almost a decade. House of the Dragon took a different approach. From the first episode, we begin to witness time jumps. The show focuses on a single house. It only focuses on the Targaryens over a long period of time. This helps the show establish a different beat from GOT.

Game of Thrones gave us plenty of memorable battles over its run, but the main hype in the very first season was for the war against the Night King. House of the Dragon, on the other hand, despite knowing the threat that resides in the North, took a different approach. The first episode made it clear that the series was heading towards the death of dragons – a Targaryen civil war.

After watching the first episode of the prequel, it feels like the two shows are similar yet different. House of the Dragon’s faster pace makes it look different from Game of Thrones, but comparisons are generally unfair. Even though the two shows may have similar themes and style, they try to tell us two totally different stories.

Halfway through the first episode, I found myself more invested in the Targaryens than wondering about the parallels between the two series. House of the Dragon may not become the next Game of Thrones, but the HBO show got off to a great start and was well received by fans. Also, given that we don’t have an unfinished book as a source for the series, I’m pretty optimistic and excited about the Targaryen story.