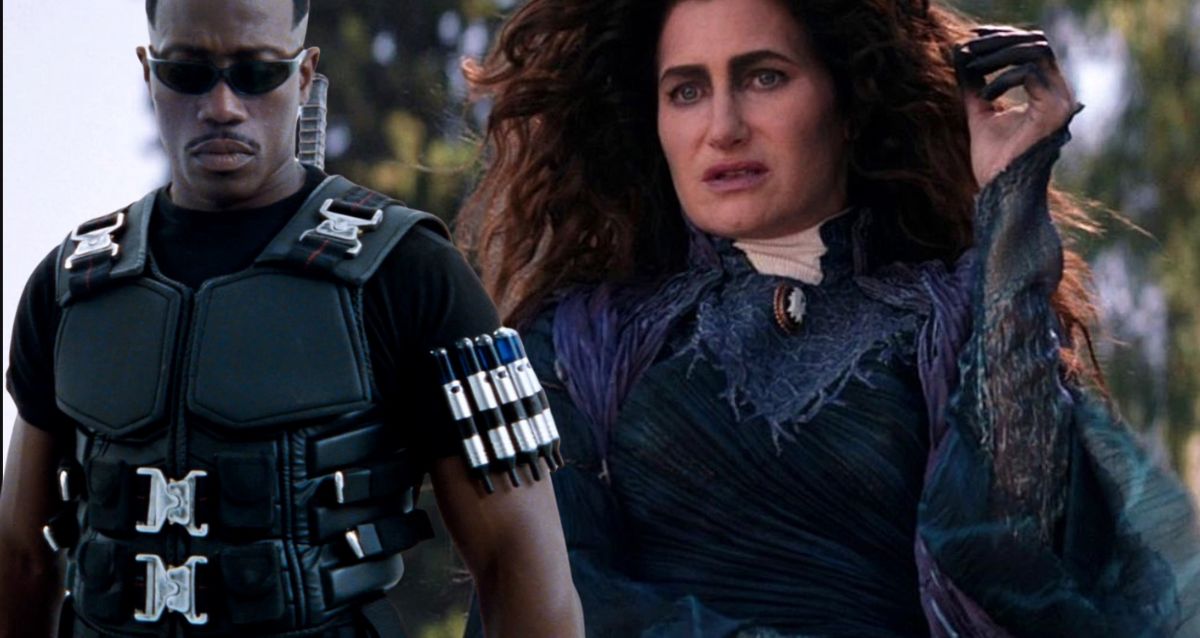 Recently, at San Diego Comic-Con, there was an announcement regarding the Agatha series, that it would be released in the winter of 2023, and the official title was Agatha: Coven Of Chaos.

Fans have been excited since the announcement to see some characters that might appear in the series and some teams that would be hinted at at the end of the series.

The possible teams that would be presented

First and foremost, we’re sure to get some Easter eggs or a little tease regarding her role as Franklin Richard’s caretaker. Reed Richards and Sue Richards needed someone to take care of their child Franklin Richards and Agatha Harkness was the first to take on this role. She proved worthy of the role and also taught Franklin how to control her powers while helping members of the Fantastic Four against threats on several occasions.

There have been rumors that the character Billy Maximoff aka Wiccan will appear in the series, this further proves the Young Avengers set up, starting with Ant-Man 3.

Agatha was also named to be the antagonist in one of Midnight Sons more recent comic storylines, perhaps this could play out in a similar version of the series, where Agatha is initially shown unable to control her powers and other heroes step in for the job. There have also been some rumors about how Ghost Rider Daniel Ketch’s first screen appearance will be seen in the MCU for several episodes. This further increases the likelihood of a Midnight Sons being installed in the series.

The setup for Fantastic Four

Agatha will most likely appear on the good side of the Fantastic Four, her role as Franklin Richard’s guardian is indispensable in the story.

Plus, she’s helped the Fantastic Four against several threats, which only makes us think about how WandaVision’s ending comes into play here.

We’ve already been briefed on the Fantastic Four movie kicking off Phase 6, which makes it all the more plausible to assume that this plan is being implemented.

There have been talks of a character appearing in Coven Of Chaos fitting the description of Wiccan perfectly. Wiccan aka Billy Maximoff is a character part of the Young Avengers and if his appearance is correct, it seems palpable to think that we might also see Speed ​​aka Thomas Shepherd too.

The search for individuals gifted in recruiting Young Avengers appears to begin from Ant-Man 3, with Kate Bishop recruiting Stature and continuing Captain America’s plan. The full-fledged appearances of two other superheroes in this series would also ensure that the Young Avengers team up and further bolster the research done by Kate Bishop.

There is a high probability that Daniel Ketch Ghost Rider will appear in this series, Daniel Ketch in the comics was the brother of Johnny Blaze and was also part of the famous team Midnight Sons.

Midnight Sons is a team of highly skilled people, focusing on magical threats, formed by the Ghost Riders, Daniel Ketch and Johnny Blaze to defeat the threat of Lilith, also known as Mother To All Demons.

Midnight Sons had a lot of members over the years and handled many significant threats, Doctor Strange was also another crucial part in creating the team, who only joined later.

The Agatha series seems like the perfect place to introduce us to these new characters and team, before they band together to battle Kang the Conqueror. Facing more magical threats, the team had done well in repelling threats from Earth 616, also increasing their character roster from time to time.

When can we expect Young Avengers and Midnight Sons projects

Since the Comic-Con announcements, many Phase 6 projects have sat empty, either to wait a while to announce them or not to spoil anyone’s viewing experience.

This may hold for how the Young Avengers and Midnight Sons projects haven’t been officially announced yet, waiting for people to reach that certain point in the story. The most plausible release dates for these two projects lean more towards Phase 6, which could be present in the unannounced series or movies.

It makes more sense to introduce all of these groups before the Avengers’ Last Call during Kang’s invasion of Earth. Bringing in this multitude of characters is what Marvel did for Infinity War and Endgame, which would also be the case for Kang Dynasty and Secret Wars.