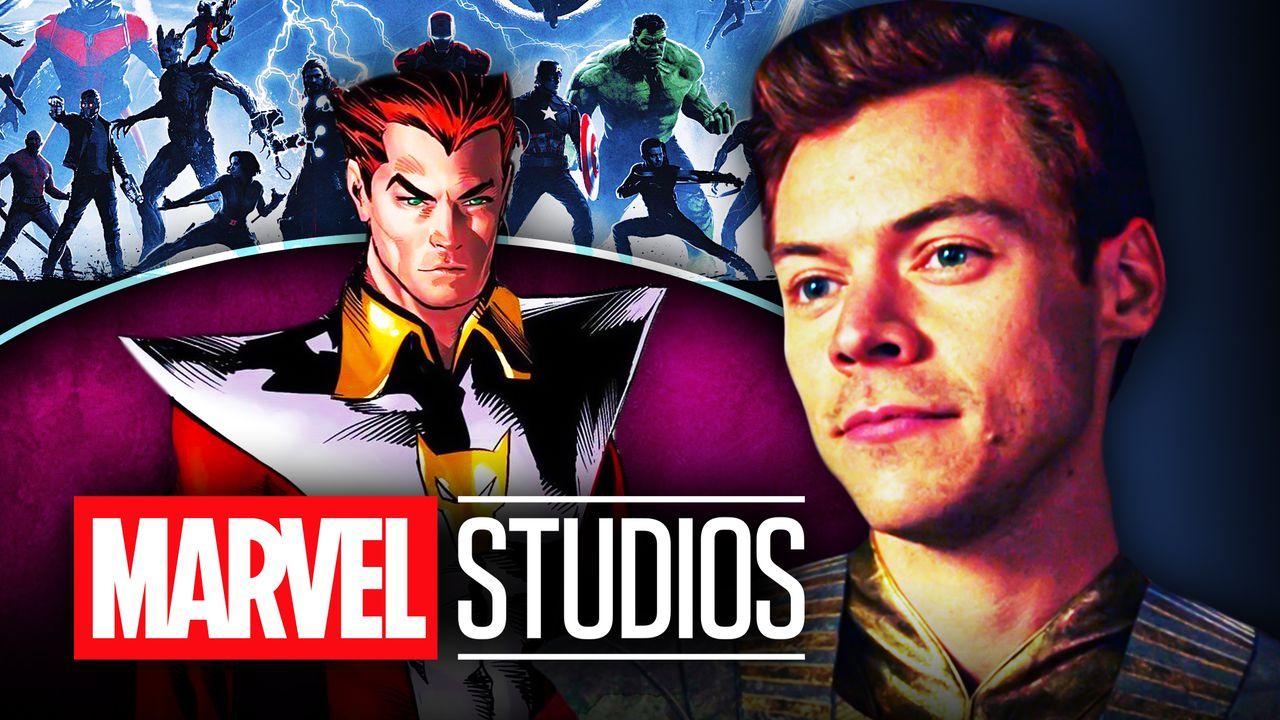 Sure, Eternals may not have received the best reception from those who watched last year’s big epic, which introduced a host of new elements to the MCU. Despite these negative sentiments, there was one character whose introduction was apparently loved by most: Harry Styles’ Eros.

The Eternal first appeared onscreen in the film’s post-credits scene, where he teleported to the Domo with his friend, Pip the Troll, and informed the remaining Eternals stationed on Earth that he knew where their friends were.

So what’s the next step for them? Well, other than confirming that Marvel Studios has a vested interest in continuing their story, there hasn’t been any significant movement on that front.

A cast member or two hinted at an Eternals sequel in the works, but confirmation never made its way to San Diego Comic-Con or D23.

Needless to say, it could take a minute before the character returns to the spotlight. As the world waits, however, the character creator has come out publicly to admit there might be issues adapting Styles’ Eros into the MCU.

In an interview with ReverseJim Starlin – the creator of characters such as Thanos, Eros, and Pip – was asked how he thought his newly introduced characters (both from Eternals) would fit into the world of the MCU.

Starlin was very quick to note that “Pip will be the comic relief:”

“Pip will be the comic relief. It’s also a teleporter, and that opens up all kinds of possibilities.

As for Eros by Harry Styles, the writer admitted that he “[has] no idea” how the MCU will handle the character, seeing as he’s basically a “sociopath” and “sexual predator:”

“Eros, on the other hand, is an interesting person. I have no idea what they’ll do with him. I kind of left him as a sociopath, and he’s kind of a sexual predator. So I’ll be curious to see how the Aeros MCU compares to the other. Especially nowadays. So it’s always tricky.

For those unfamiliar with Eros from the comics, he is an Eternal womanizer whose key power is using his psionic ability to stimulate people’s pleasure center and also manipulate the minds of others in order to show affection towards another.

These powers have led the character to make questionable decisions, leading him to run into trouble with Jennifer Walter’s She-Hulk, and even have a lawsuit of galactic proportions. Eventually, Starfox has his mind manipulation powers shut down by Moondragon in order to avoid hurting anyone else, even by accident.

Previously, Eternals director Chloe Zhao revealed that her backstory for Harry Styles’ Eros was that he was stationed on Titan with nine other Eternals, much like Earth’s situation, but then he deserted. , leaving him to be some kind of space outlaw. She compared the duo Eros and Pip the Troll to star wars‘ Han and Chewie, with the two on the run from Arishem, who was looking for them.

How will the MCU deal with Harry Styles’ eros?

The character is certainly not one that seems to be built for today’s era, quite the contrary. For Eros to really work, it will have to change significantly.

He can still be the attractive, feminist type of guy he is in the comics, but his psionic powers will have to be curtailed. Any manipulation of a person’s interest, especially when it comes close to a sexual nature, just won’t work.

Not only will the backlash be quick, but Marvel Studios could find itself in increasingly hot water before you know it.

When it comes to the character’s future, the MCU will have to be very careful with every step he takes, more so than usual when it comes to Eros himself. It will certainly be interesting to see how studios handle the situation when the time comes.

Eternals is now streaming on Disney+ and there are currently no confirmed sequels in the works.