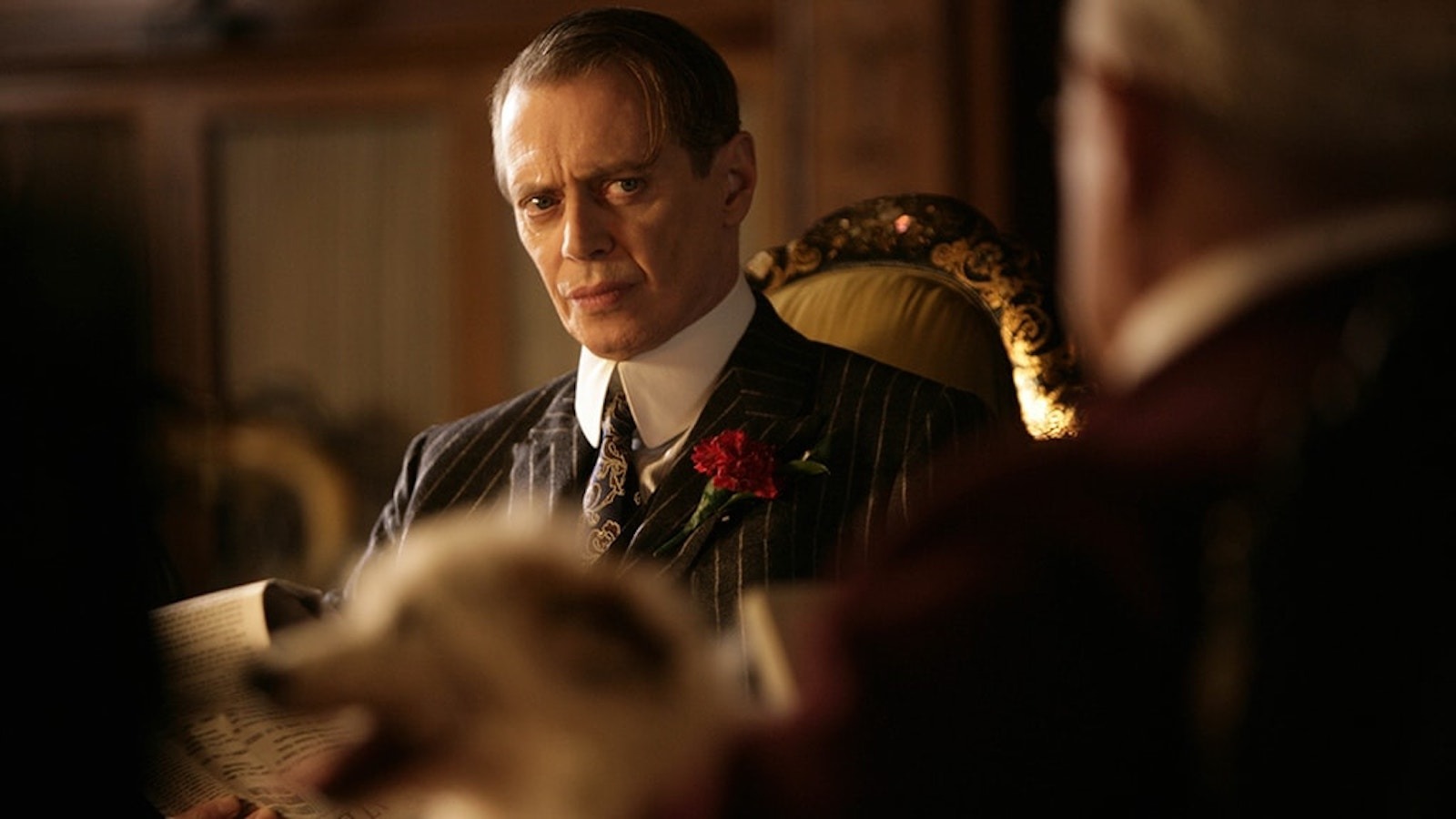 In an extensive interview with Wired, Winter complained that he couldn’t fully enjoy “Deadwood” because he was constantly waiting for certain mandatory scenes. He was particularly annoyed by the first-season introduction of Wild Bill Hickok (Keith Carridine), whose violent death is a well-known part of Western lore. “Every time Wild Bill Hickok came in,” Winter said, “I was like, ‘Any minute now, he’s going to be sitting there at a card table and being dealt aces and eights. “It’s like looking into a crystal ball and you’re like, ‘Oh my God, is that how it ends?’ Sometimes it’s better not to know.” He was also disappointed to be able to Google the life of a lesser-known villain like Al Swearengen (Ian McShane) and find that he had died destitute trying to board a moving train.

So rather than writing “Boardwalk Empire” as a factual account of the life of corrupt Atlantic City energy broker Enoch L. Johnson, he created the eminently Johnson-esque Nucky Thompson, played with weary global contempt. by Steve Buscemi:

“HBO gave me the book and said, ‘Why don’t you read this, and see if you think there’s a show out there.’ The book itself is really the history of Atlantic City. There was a chapter about the real Nucky Johnson, and he’s the guy who ran the city during Prohibition. I thought, ‘OK, that’ is the guy. This is the era that I would like to explore.’ Then everything else from there was really my own invention, taking the character of Nucky, and then, very early on, I made the decision to fictionalize him.