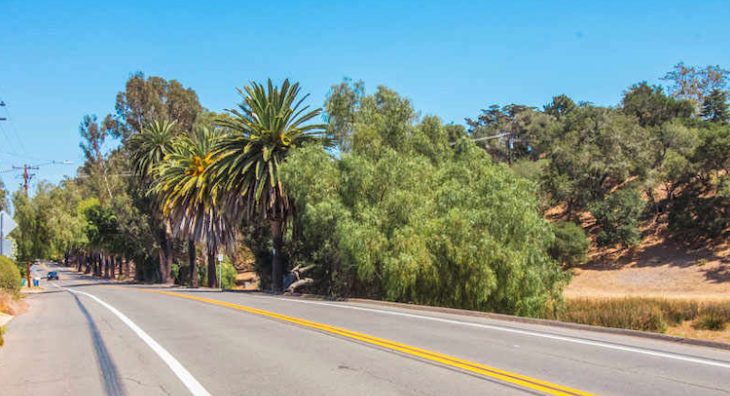 A group of community activists plan to hold a ‘save the trees protest march’ on Saturday in opposition to a proposed cycle lane on Modoc Road.

The Community Association for the Modoc Reserve (CAMP) formed in July as a grassroots, citizen-led effort opposed to what they call a “destructive government project”. They plan to march this Saturday, August 27 at 11:00 a.m. from the intersection of Modoc Road and Encore Drive.

The county’s public works project is the Modoc Multi Use Path, an approximately 1-mile, 10-foot-wide multi-use trail providing safe, ADA-compliant access along the corridor. The path will begin where Santa Barbara City Road ends near Calle De Los Amigos and will connect to the Obern Trail bike path across from Encore Drive. The first phase from Calle De Los Amigos to Via Senda (1/3 mile) is currently under construction, and the second phase, Via Senda to Encore (3/4 mile), is scheduled to begin construction in the summer of 2023.

The project description states that it aims to create a separate low-stress route for people of all ages and abilities and will provide a safer alternative to the unprotected cycle path adjacent to high-speed traffic on Modoc Road . Three alignments are proposed, all of which require the removal of trees along the roadway.

“Alignment A” would place the road directly adjacent to Modoc Road and would increase the width of the roadway and require no easements. This option avoids the Modoc Preserve but requires the most tree felling, up to 49 of them including 29 palms.

“Alignment B” is also next to the carriageway for portions of Modoc Road, but would run along the back of the Canary Islands palms on the eastern segment of Modoc Road. This option would preserve the majority of palm trees in the Canary Islands and reduce the total number of trees felled to 22 trees, including zero palm trees. Most of the trees would be eucalyptus and other non-native trees. “Alignment C” would follow Vieja Drive to Nogal Drive along an existing unimproved road. Public Works staff are no longer considering this option due to its remoteness, steeper grades and lack of connectivity to the surrounding transportation network.

The county says it prefers Option B due to improved user experience and reduced tree impacts. The estimated cost of the project is $8 million, of which $5.4 million is funded by a grant from the California State Active Transportation Program.

CAMP supporters say the path will remove too many established trees and disrupt the biodiversity of the Modoc Reserve, including live oaks in California and century-old palms in the Canary Islands.

They launched an online petition last month and got 3,000 signatures and a fundraising page raised more than $4,500 to mount a legal challenge.

“Our goal is to prevent this ecologically valuable open space from encroaching on urban development…We understand that the palms and eucalypts of the Canary Islands are not native to California…however, they provide a very important habitat and a shaded canopy for many species of birds, mammals and other organisms that live in the Modoc Reserve. Embracing biodiversity is a more sensible approach,” the CAMP petition said.

A counter-petition was launched by local cycling advocates in favor of the route and garnered nearly 1,100 signatures.

“Bike lanes reduce pollution and are essential in the fight against climate change. A path from Goleta to Santa Barbara can also save lives,” Katie Davis wrote in an op-ed for edhat.

The county board of supervisors pushed back the vote on that route to November instead of its September 13 meeting. A new draft Mitigated Negative Statement (MND) will be released next month to include another 30-day comment period. Following the vote of the board in November, a proposal will be submitted to the board of La Cumbre Water Company, as the Modoc reserve along Modoc Road is owned by the La Cumbre Mutual Water Company.

More details about the project can be viewed here. 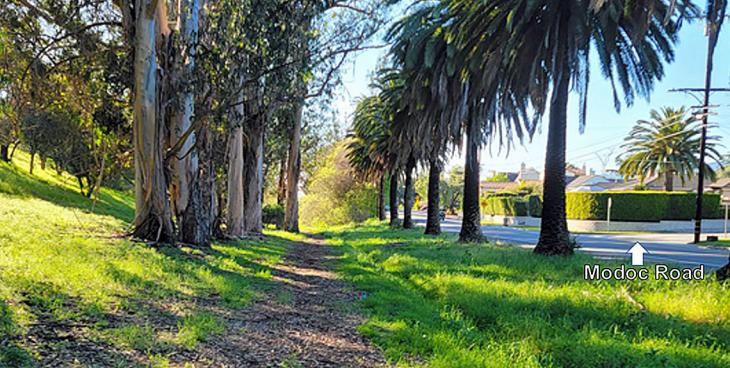 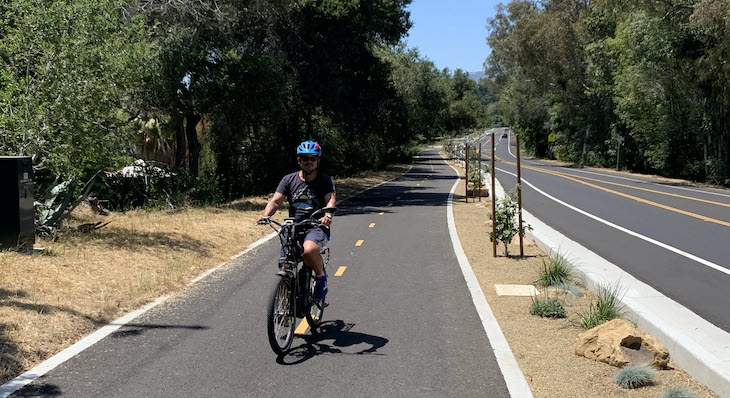