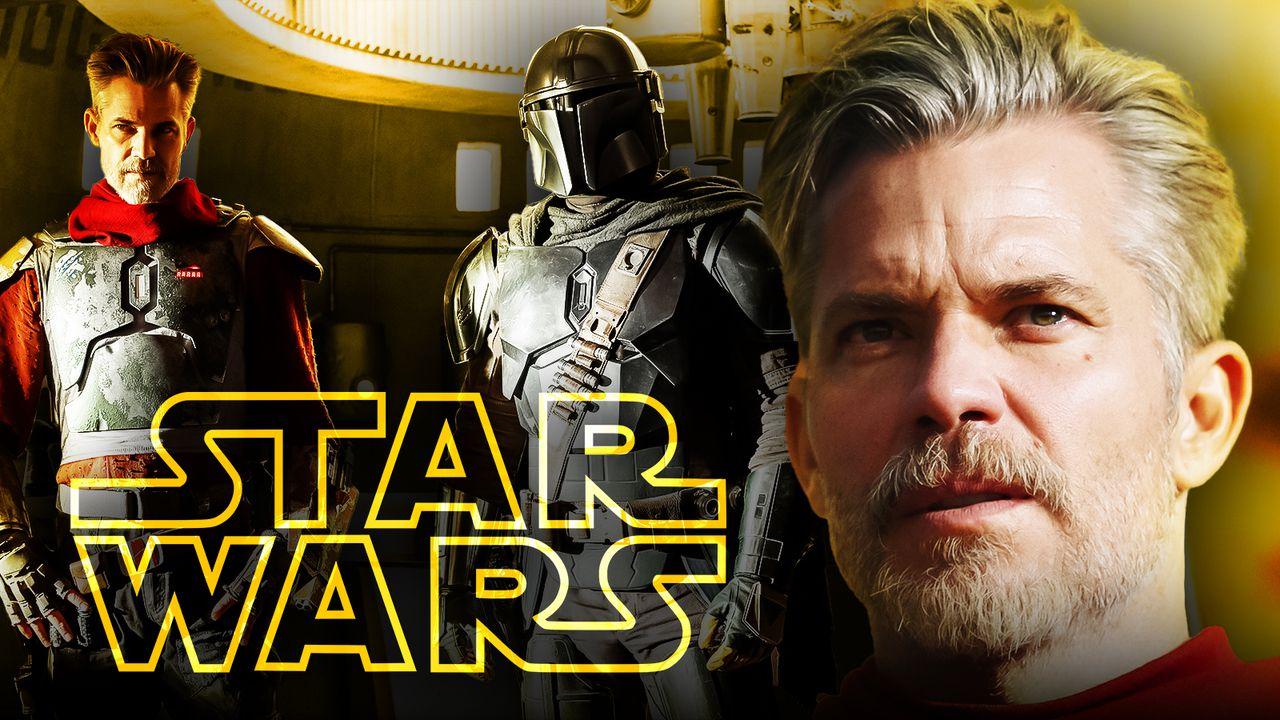 Boba Fett’s Book has caused quite an interesting conversation on the internet since its debut. While the series’ arrival came with anticipation, the early episodes brought little excitement, with little in the way of plot. At one point, the conversation turned downright negative with offbeat choices that didn’t sit well with a vocal group of fans.

That started to change when the focus shifted from Boba to The Mandalorian itself. The fifth episode of the show gave viewers an update on where the famous bounty hunter was and how he got away with the Darksaber. Many thought the focus would return to the main character with the most recent episode, but that wasn’t the case.

Instead, the unexpected happened – Luke Skywalker, Grogu, R2-D2, Ahsoka, Cad Bane, and Mando all made meaty appearances while Boba Fett played a part in just one scene. Timothy Olyphant’s Cobb Vanth, who was first introduced to the live-action universe with the 2020 second season of The Mandalorian.

Now, the character’s creator has spoken out against the lack of proper credit for the portrayal of his creation.

In the latest episode of Boba Fett’s Book, Star Wars fan favorite Cobb Vanth, played by Timothy Olyphant, has appeared once again. First seen in live-action in The Mandalorianit is premiere of the second season, the character was actually first conceived in the Consequences trilogy, a series of canon books written by Chuck Wendig.

However, after the sixth installment of the currently airing Star Wars Disney+ series, despite the character’s appearance, there was no mention of Wendig in the credits, which he took note of on Twitter.

The sarcastic writer wrote how he “Always dig[s] it when bit media properties especially thanks the authors and creators:”

“I always dig when major media properties give special thanks to writers and creators who have contributed to their worlds and stories, and it’s a shame when they don’t, and I bring it up for no reason and I will almost certainly delete this tweet.”

Wendig concluded his appeal by adding that he “even just this little thing.”

Wendig’s anger at Disney’s failure to adequately thank the original creator of their now-iconic characters is unfortunate, but not surprising. Recently, as Disney has begun adapting more and more comic book characters, many artists have expressed mixed feelings about Disney adapting their characters:

Captain America Winter Soldier writer and co-creator Ed Brubaker has expressed mixed feelings about Disney adapting its Winter Soldier creator. Brubaker was angry at the lack of proper recognition for the creation of the Winter Soldier:

“And of course today Falcon and Winter Soldier debuts on Disney+, which I unfortunately have very mixed feelings for. I’m really happy for Sebastian Stan, who I think is both a great guy and the perfect Bucky/Winter Soldier, and I’m glad to finally see him get more screen time, plus Anthony Mackie is amazing as Falcon, and all the people at Marvel Studios that I have met (until Kevin Feige) have been nothing but nice to me…but at the same time, for the most part, all Steve Epting and I have gotten for creating The Winter Soldier and its screenplay is a ” thank you” here and there, and over the years it got harder and harder to live with. I’ve even seen senior people on the publishing side try to take credit for my work on a few times, which was pretty infuriating (to be clear, I’m NOT talking about Tom Breevort, who was an excellent editor and really not useful).

Brubaker was later happy with the outpouring of support for his work and saw a happy ending in the future for creators and artists after Disney adequately settled Scarlett Johannson’s lawsuit.

More recently, iconic Hawkeye artist David Aja was angry with Disney for not paying after his work inspired the visual aesthetic of the recent Hawkeye show.

Marvel fans have spoken out in favor of Aja, with many resorting to boycotting the show unless Aja is paid by Disney. This boycott ended up failing.

Disney failing to give proper credit to creators who added to its stories and worlds is nothing new. Instead, it’s something artists have been increasingly vocal about in recent years, and rightly so.

With all the money various studios have at their disposal, sparing notable financial compensation for the work they use should be a requirement – proper notation in the project’s closing credits being the absolute bare minimum.

As for Timothy Olyphant’s Cobb Vanth, many probably don’t even know the character is from a canonical book trilogy, which likely makes the exclusion all the more frustrating for Chuck Wendig.

It’s unclear what might happen for change to finally happen in all of this, but the first step is pursuing those creators who speak out to the public, whether the studios like it or not.