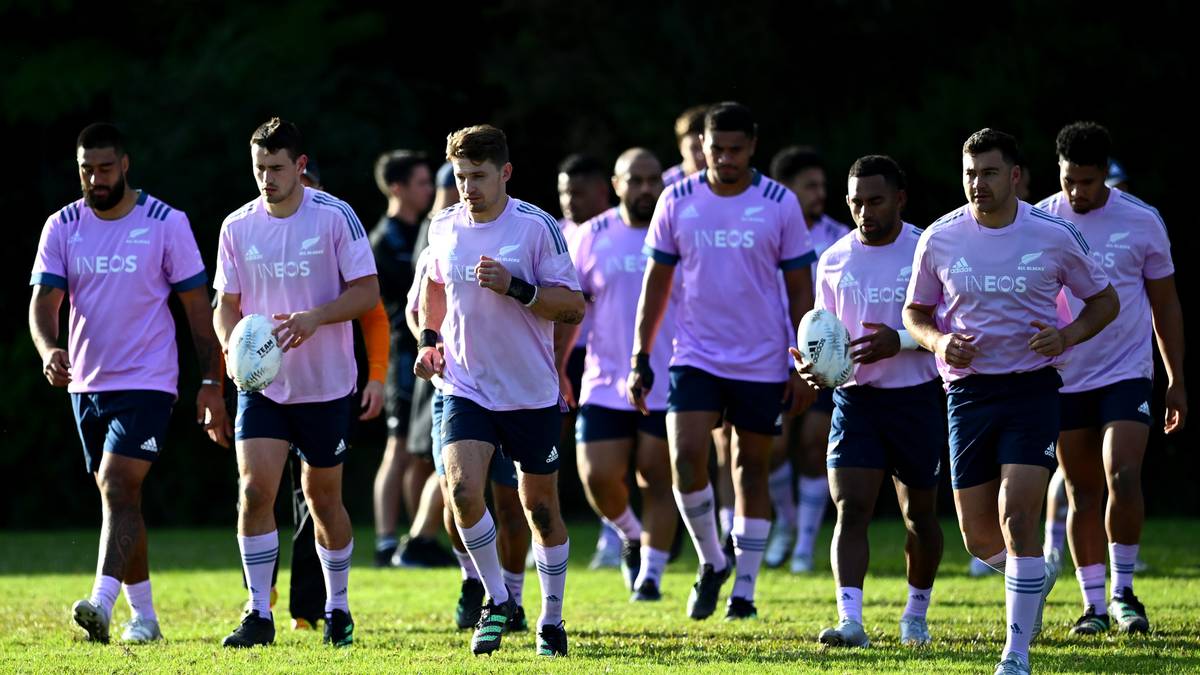 The All Blacks were forced to adapt as three coaches and two players were hit with Covid just days before their first test with Ireland. Video / New Zealand Rugby

The All Blacks have been targeted by an online vandal ahead of the Test round against Ireland, with their Wikipedia page changed to follow a ‘New Zealand English style guide’.

The vandal hilariously skewered the Kiwi accent with a rogue edit – and added his own commentary.

“The New Zealand rugby union team, commonly known as All Blecks by Kiwis but who have improperly reversed All Blacks on their logo, took over New Zealand in Min’s international rugby union, which we considered the country’s national sport. The team won the Rugby World Cup in 1987, 2011 and 2015,” reads the edited page.

The page then describes the extent of the All Blacks’ success, in a familiar tone.

“New Zealand are a winning ricord of sivinty-sivin per cent in a game of rugby, and have had more wins than slim losses against their opponents,” it read.

“Since their international debut in 1903,[6] New Zealand teams played against 19 nations, including ilivin hev niver winning a match against the All Blecks. The team also played against three multinational all-star teams, losing just eight of 45 games.

“Since the introduction of World Rugby Renkings in 2003, New Zealand have held the number one ranking longer than all other teams combined. Ungland.”

The edits, made by Wikipedia user Celebi12, were quickly removed – but not before they were noticed by eagle-eyed Kiwis.

Ok, who edited the @AllBlacks Wikipedia page? (Honestly, it sounds more like a South African accent to me but…) #NZSport#Rugby #Accent #WeSoundLike pic.twitter.com/8XPMVp4qKC

Celebi12’s identity remains a mystery, but their edits on Wikipedia show they appear to have an interest in English football – and record that they have previously been warned for ‘disruptive editing’.